MCPS to consider financial literacy as a graduation requirement

At that January meeting, Hana O'Looney, student member of the board of education, told her colleagues that "paying taxes is not an optional thing in life" and that learning how to navigate finances should not be optional either.
Listen now to WTOP News WTOP.com | Alexa | Google Home | WTOP App | 103.5 FM

Prince George’s County will be added to that group in the school year that starts in 2023, and Montgomery County’s school board will discuss the issue in its meeting on Tuesday.

In January, the board members heard from school officials on what would be needed in order to add the course to the credits already required for students to graduate.

At that time, Maria Tarasuk, who works in the Department of Curriculum and Instructional Programs for Montgomery County Public Schools, told board members “This decision is not just a simple yes or a no.”

“One would be to just add the graduation credit requirement and increase the total number of credits needed to 22.5” or, she said, the current number of credits could be maintained by cutting a credit in another study area.

At that January meeting, Hana O’Looney, student member of the board of education, told her colleagues that “paying taxes is not an optional thing in life” and that learning how to navigate finances should not be optional either.

She also said school officials should survey recent graduates on what they wish they had been taught in school.

“This is going to be at the top of that list,” she said, based on her discussions with recent graduates.

Board member Scott Joftus asked if administration officials could contact some of the other school districts that require the course to see how it’s been working.

“If they’re saying ‘yes, this is the best thing we’ve ever done,’ that would certainly move me,” he said.

And if other school systems had negative experiences, he’d want to know that too, he explained.

According to figures supplied by Tarasuk at the January meeting, more than 1,000 MCPS students were already falling short of the credits needed to graduate.

Board member Lynne Harris suggested that some of those students may have been taking courses that didn’t seem valuable to them. Financial literacy, she suggested, “is exactly the kind of learning that I think a student who has been perhaps a little bit disengaged, would find value in,” she said.

The topic is up for discussion in Tuesday’s meeting. It is not on the agenda as an action item for a vote. 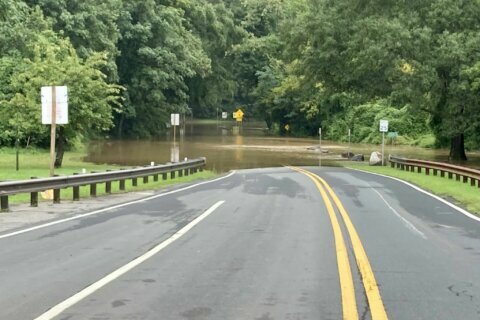