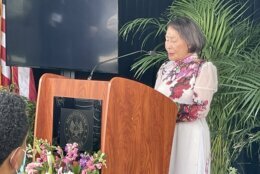 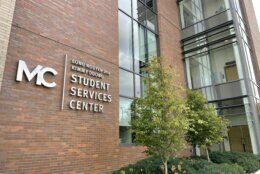 When Kimmy Duong left Vietnam in 1975, she had $30 in her pocket and a job offer to work at IBM in Bethesda, Maryland. She spoke some English, and wondered how she would fare in the United States.

Since then, she and her husband, Dr. Long Nguyen, have donated millions to universities in Maryland and Virginia.

Montgomery College in Rockville received the couple’s most recent gift: $1 million for scholarships to minority students.

On Thursday, the college said thank you by naming its new state-of-the-art student services building after the couple.

“Without support of this country, we are not where we are,” Duong said. “So, giving back is always on our mind; and, giving back to education is the best way of giving back.”

The philanthropist decided to give the donation because of the college’s commitment to inclusion on campus.

“We’re going to make sure that we are serving the most diverse student population in the state of Maryland,” Dukes said. “This is what it’s all about.”

Duong believes that students, especially immigrants, will benefit from seeing a Vietnamese name on the five-story student center that sits prominently on campus.

“I want to encourage people to believe in themselves,” Duong said. “If I can do it, everybody else can do it.”