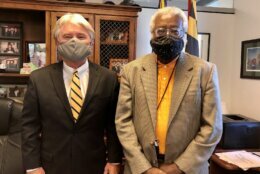 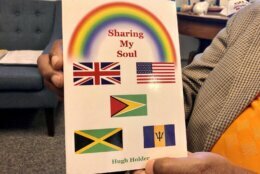 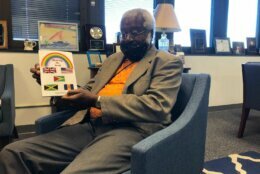 Hugh Holder was an internal medicine doctor for more than 30 years. Then, about three years ago, everything changed.

“I attacked my wife, and my daughter one night, out of the blue for no reason, even though I was not angry,” Holder said to WTOP while visiting Montgomery County State’s Attorney John McCarthy’s office. “Out of that attack, my wife broke five of her ribs.”

He spent two days in jail, and then his public defender suggested that he participate in Montgomery County’s Mental Health Court.

“That was an environment that induced some element of fear, because there was always the threat of incarceration over your head,” Holder said.

The program started in 2016 and will see its largest graduation class yet — about 17 people — in October.

“The vast majority of the people that I see in the criminal justice system come to this system with something we can almost always put our finger on as a root cause as to why they’re involved in crime,” McCarthy said to WTOP.

Holder spent about a year and a half in the program and then graduated as the commencement speaker for his class.

“I saw that I was, indeed, responsible. And I took responsibility, and eventually came back on medications, which I had stopped taking and felt better subsequently,” Holder said.

He has now written a book about his experience titled “Sharing My Soul,” now on sale.

McCarthy said that his hope is that the program continues to keep people with mental health issues out of prison and in treatment.

“About 2,000 to 2,200 people every single year when they are received at the jail at Montgomery County have a diagnosed identifiable mental health issue,” McCarthy said.

The program is for those charged with a crime or who have violated their probation and are discovered to have an underlying mental health issue as the root cause of the charge or violation.

The time in the program ranges from around a year to a year and a half. When they successfully graduate, those who go through the program usually have their charges dismissed.

“The resolution is that we’re not putting people in jail. We are being humane. We are being decent. We are trying to deal with things appropriately,” McCarthy said.

He added that the ultimate goal is to have the program go down to zero participants.

McCarthy said the key is to get these people help before they are charged with crimes to keep them out of the court system all together.

He said that one of the ways to do that is to increase the number of crisis intervention teams in the county to help get those with mental health issues the right assistance and therapy before things escalate.

“We are attempting not only to deal with people once they’ve come into the system humanely, we’re also trying to make sure that the way we respond to mental health crisis is with teams of psychiatrists, psychologists, along with police officers, in many instances so that this situation can be made safe,” McCarthy said.