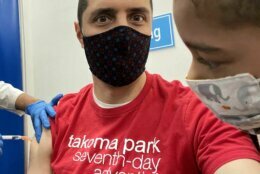 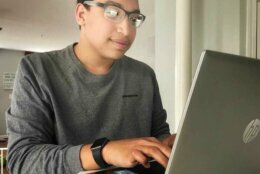 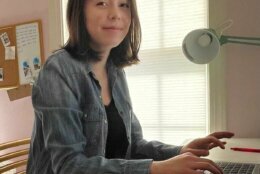 Montgomery County, Maryland, students have joined their teachers in an effort to ensure that residents most at-risk during the coronavirus pandemic are able to secure their vaccinations.

Their Spanish teacher, Tanya Aguilar, is part of a group of Montgomery County schoolteachers who started scouring websites to get appointments for older residents, or for those who don’t speak English and are considered vulnerable.

The teenagers said they were excited to be a part of the effort.

“I’ve had family who have struggled to get the vaccine and who have had COVID-19,” said Johnson.

“I wanted to do anything I could to help, and this was a perfect opportunity” said Heaton-Vakharia. She explained she’d followed news stories about the difficulties people were having in securing appointments.

Both students said navigating the dozens of sites looking for vaccination appointments proved a challenge despite their computer skills, and they’re happy to snag those appointments for others.

“After putting all the information in and going through the process, it feels really amazing,” when the confirmation screen pops up, said Heaton-Vakharia.

The students estimate they have logged 215 appointments between them.

“Sometimes, we’re like, ‘OK, let’s see who can get the most appointments,'” Heaton-Vakharia said, adding they are careful to fill out the forms properly since incorrect details can slow things down at the vaccination site.

Johnson explained the students often work in teams at each other’s homes. When he collaborates with Heaton-Vakharia, they may jump back and forth between their phones and laptops.

The tactic is helpful when getting appointments for family groups, said Johnson: “I’ll do a husband, she’ll do a wife” — and by doing both at the same time, “we can make sure they get done together, on the same day at the same time.”

Both students said the more they learned about health disparities that affect people in their own community, the more they were inspired to act.

Their efforts helped schedule vaccinations for about 60 members of the Takoma Park Seventh Day Adventist Church. Among them was Pastor Daniel Xisto, who said he’s grateful to the group of students for their help.

“Oh, man, I mean it meant the world to me and to my members, who have a hard time online,” said Xisto, who snapped a picture of himself being vaccinated to encourage church members to get a shot.

He was also happy to be interviewed for this story, explaining that he wanted the students to know just how much their efforts mean.

“I just want to say publicly, right now, thank you to the vaccine hunters, because they are doing very critical work in Montgomery County,” Xisto said. “I’m sure when they see this story, it will encourage them to keep on with these acts of kindness, and it’s a beautiful thing.”

Xisto hopes that when his church is open for services, he can invite the vaccine hunters, and meet them in person.

“It would definitely be cool to sit down and have a conversation with them,” Heaton-Vakharia said. 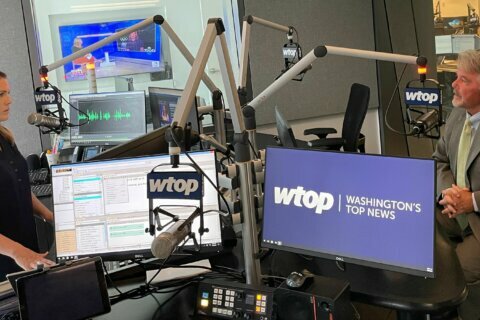