One of the last living Tuskegee Airmen, who lives in Bethesda, is being honored with a special shoe that will help raise funds to continue teaching the history of the World War II pilots.
Listen now to WTOP News WTOP.com | Alexa | Google Home | WTOP App | 103.5 FM
(1/3) 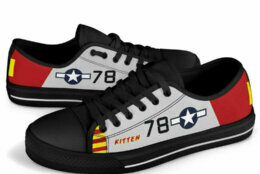 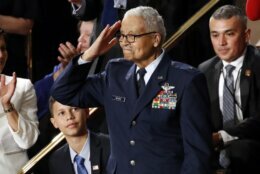 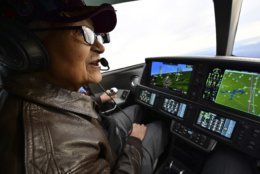 While vintage Air Jordan shoes have been getting a lot of attention recently, you might want to check out another pair of sneakers honoring a different African American hero.

The 100-year-old, who lives in Bethesda, Maryland, has been honored with a low-top sneaker adorned with insignia and markings from the P-51 Mustang fighter bomber he flew during 136 combat missions in World War II.

The shoes are sold by CAF (Commemorative Air Force) Rise Above, a nonprofit organization which helps tell the story of both the Airmen and the Women Airforce Service Pilots. The shoes cost $59. Shoes are custom-made-to-order, handcrafted and available in men’s sizing. All funds from each purchase will go toward the organization’s educational outreach efforts.

McGee served for 30 years in the military, and flew 409 total combat missions, the most of any U.S. service member. He was promoted to brigadier general from colonel on Feb. 4 in a White House ceremony.

Two days before the promotion, McGee and three other veterans, each 100 years of age, participated in the coin toss at the 2020 Super Bowl in Miami, Florida. 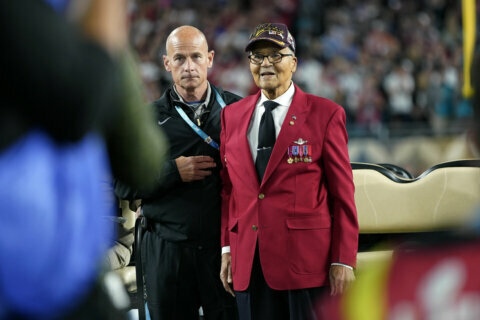 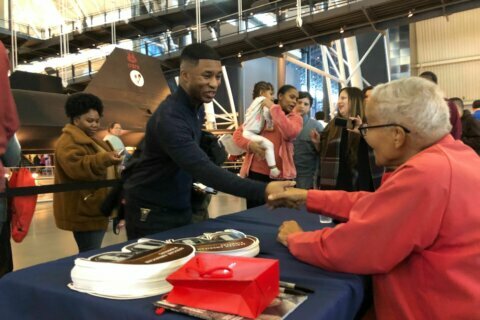