Less than a day after a man died after being struck while crossing Rockville Pike in Montgomery County, Maryland, another pedestrian has been killed.
Listen now to WTOP News WTOP.com | Alexa | Google Home | WTOP App | 103.5 FM
(1/3) 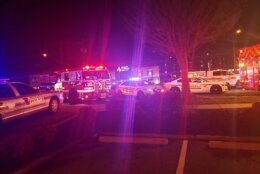 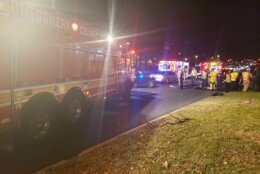 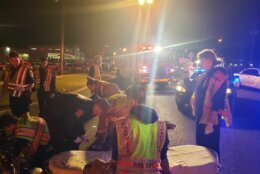 Less than a day after a man died after being struck while crossing Rockville Pike in Montgomery County, Maryland, another pedestrian has been killed.

It happened Thursday around 6:33 p.m. on Rockville Pike near Wootton Parkway in Rockville.

Police said that a car was traveling southbound on Rockville Pike and approaching Wootton Parkway when the driver struck a man, who was trying to cross in a westerly direction. The victim, identified as 32-year-old Brett Richard Badin, of Rockville, died at the scene.

This is the second pedestrian fatality on Rockville Pike in less than 24 hours. On Wednesday, Michael Louis Gamboa, 40, was attempting to cross the 12200 block of southbound Rockville Pike around 8:40 p.m. when he was struck.

Below is a map of the area where the most recent crash occurred.

Editor’s note: This story has been updated to clarify that the driver was on Rockville Pike and approaching Wootton Parkway.