While the risks of nicotine from smoking are well-documented, teenage vaping has increased dramatically in the past year, as devices are targeted toward young users and more dangerous drugs are added to the mix.

On a panel before the Montgomery County Council in Maryland, experts said vaping also leads to increased use of other substances.

“Increases in adolescent vaping from 2017 to 2018 were the largest ever recorded in the past 43 years, for any adolescent substance use outcome in the U.S.,” said Linda McMillan, senior legislative analyst from the county’s Education & Culture and Health and Human Services Committees

Montgomery County’s Health Officer and Chief of Public Health Services Dr. Travis Gayles told the county council Thursday despite the suggestion that vaping provides a safer alternative to cigarette smoking, ingesting nicotine through vaping, including the popular Juul devices, is even more dangerous.

Gayles said a good percentage of nicotine is burned off a cigarette by burning — not so, with vaping.

“You’re having 20 times the exposure to the nicotine than if you had smoked a cigarette,” he said.

As companies, including Juul, are supporting legislation that would raise the minimum age for purchasing e-cigarette products to 21, Gayles said marketing is targeted to younger users.

“This one says, ‘Juul has finally made vaping cool,'” Gayles said.

In an emailed statement, a Juul Labs spokesman, said the company has never marketed to underage users and has shut down its Facebook and Instagram accounts. The spokesman, Ted Kwong, said the company’s ad campaigns are targeted to adult smokers 35 and older.

In addition, new models of vaping devices look far different than the original e-cigarette from approximately five years ago, which included a battery power source, an atomizer to heat liquid, a liquid vial and a mouthpiece.

“This looks like a jump drive — it doesn’t look suspicious,” said Gayles, referring to a modern Juul device. “So, if I’ve got that in a classroom, particularly if it’s producing a clear, odorless, smoke, the teacher, or anyone else, may not be aware of the student using it.”

A parent at home might think nothing of a small device sticking out of child’s laptop, said Gayles.

“It looks like a jump drive, that they’re using for their homework, when in fact, it’s being charged for to then be used for vaping purposes later,” Gayles said.

In the emailed statement, the Juul spokesman said the device’s non-cylindrical design is intentional so that it does not remind smokers who are looking to switch to vaping of a cigarette.

The danger is compounded when other chemicals are added to mix.

“We had two episodes (in 2018) when students lost consciousness, and were administered naloxone,” an anti-overdose drug, said Gayles.

“If you’re vaping nicotine, you should not lose consciousness, and require naloxone administration.”

The risk from other drugs being vaped is substantial, Gayles said.

“Whether it’s an opioid-laced liquid, or some kind of synthetic cannabinoid that they’re vaping, there’s potential for some pretty significant side effects that we need to be aware about.”

Editor’s Note: This story has been updated to include parts of an emailed statement from Juul Labs. 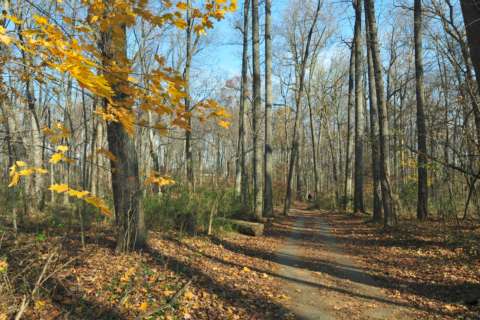