Virginia "Ginny" Bumblis is bidding farewell to the kids at New Hampshire Estates Elementary School after 50 years as a para-educator or teacher's aide at the school.

Generations of Silver Spring, Maryland, children have been cultivated by her kindness, firm guidance and devotion to her school. Now, Virginia “Ginny” Bumblis is bidding farewell to New Hampshire Estates Elementary School after 50 years as a teacher’s aide. 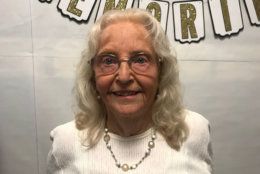 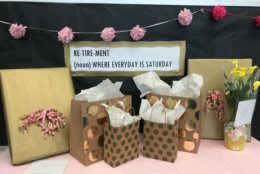 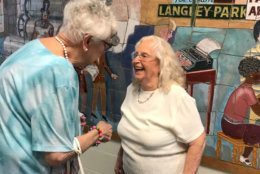 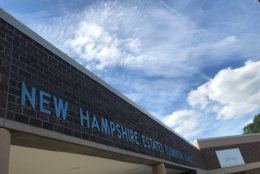 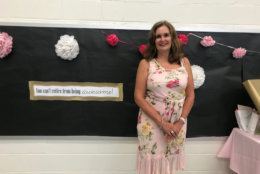 In some cases, she taught children and later worked with those children’s children and then their grandchildren.

“I’ve seen three generations of kids since I’ve been working … it’s been a good ride … coming to work was a joy. Never did I not want to come to work because it was always a challenge,” said Bumblis, 86, who was surrounded by family members, colleagues — past and present — and admirers at her retirement party in the school cafeteria Wednesday evening.

“She’s just willing to go above and beyond to make a difference for kids, anyway that she can,” said school principal Bob Geiger.

He first met Bumblis when he was a second-grade teacher at the school, and she helped in his classroom.

Former teachers and administrators at the party all seemed to agree Ginny Bumblis knew how to earn the kids’ respect.

“Oh yes, what Ms. Bumblis says goes. She knows how to get the students to listen and pay attention, and she loves them,” said Terriyanna Clark, a second-grade teacher at Takoma Elementary School, who was assisted in the classroom by Bumblis when she began her career six years ago.

“You could put 50 kids in a room with her, and she’d be able to manage them with no problem. The kids just listen to her,” Geiger said.

All who know her marvel at her willingness to pitch in with any task.

“She was just unbelievable. She was like my right hand when I first started,” Busalacchi said.

Bumblis shared her retirement party with colleague Ginny Knopf, 67, who’s stepping down from teaching after 45 years.

Knopf and Bumblis share the name Virginia May, or Ginny May, so they “decided to go out together.”

“She retired, I retired, 95 years between us,” Knopf said.

For Knopf, the drive each day from her home in Annapolis had become too much, even though she loves the job.

Both retiring educators said the kids haven’t changed over the years, but the times have. They believe there are many life distractions vying for kids’ attention, and some kids troubled home lives can challenge their educational achievement. 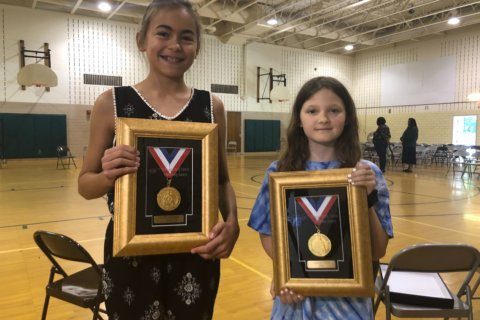