The names of some 130 service members from Montgomery County, Maryland, who served in the Vietnam War and never came home, were read in Rockville’s Memorial Plaza Tuesday night.

It was part of a ceremony marking one year since the county’s Vietnam Veterans Memorial Wall was dedicated.

And after each name was said, a bell was rung.

Michael Subin’s voice broke as he explained why the memorial was built.

“We did this because … for many of us this will be the last chance we have to let them know that as long as we live, they will live,” said Subin, a Vietnam-era veteran and member of the county’s Commission on Veterans Affairs.

Vietnam veteran and former County Executive Isiah Leggett, who played a major role in getting the wall built, spoke, as well.

Looking through Vietnam-era pictures of himself the other day reminded Leggett of a particularly poignant aspect of the war.

“We need to think about this. The names on this wall represent relatively very, very young people who paid the ultimate sacrifice,” he said. 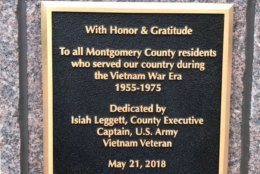 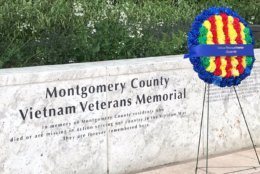 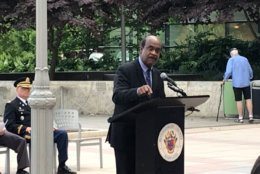 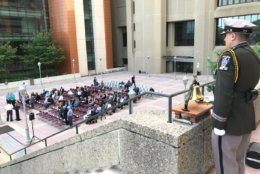 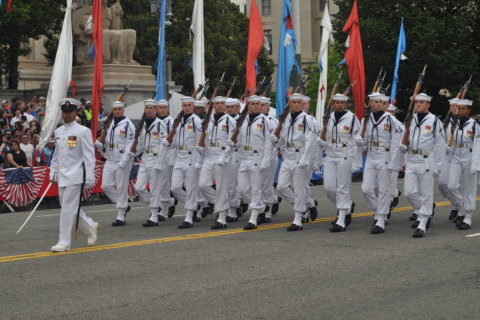 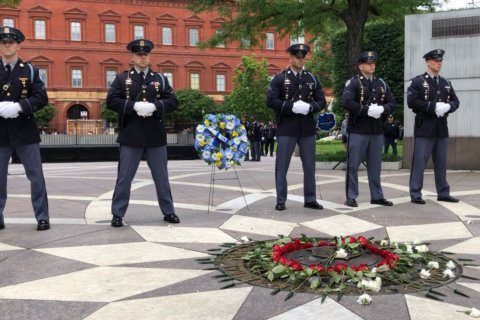