Prince George’s County, Maryland, officers had the first 10-minute shift in a vigil that started Tuesday at the National Law Enforcement Memorial in D.C. to honor the service and sacrifice of fallen officers.

For 10 hours leading up to the stroke of midnight and Peace Officers Memorial Day on Wednesday, honor guards from around the country hold 10-minute shifts during the Standing Watch for the Fallen ceremony. They stand silently, flanked by memorial walls bearing the names of nearly 22,000 peace officers killed in the line of duty.

“Godspeed to each of you who serves today,” said Prince George’s County Police Chief Hank Stawinski. “And God bless each of those we have lost along the way.”

Before Stawinski helped lay the Remembrance Wreath the honor guards would later preside over at the memorial’s center, he spoke to honor all fallen officers and Prince George’s County police Sgt. Mujahid Ramzziddin who was killed 14 months ago.

After the ceremony, Stawinski noted that, for him, the day is as much about healing as it is about grief. 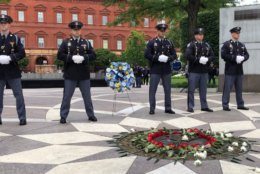 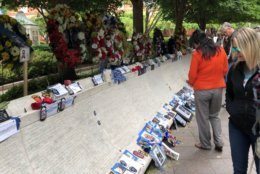 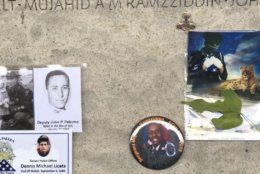 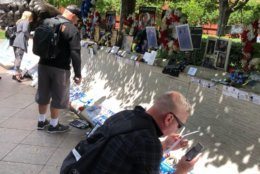 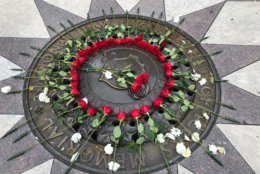 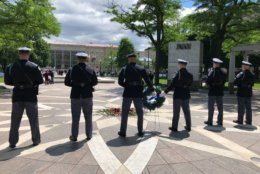 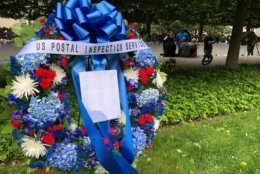 “This is an opportunity for this community, and frankly all communities, to wrap their arms around the champions of the American public. Those who stand, who swear an oath and who defend liberty,” Stawinski said. “Individuals who choose to run toward danger and not away from danger.”

“Today we stand on hallowed ground, to remember our fallen heroes. Our men and women who’ve made the ultimate sacrifice so that your families and every family can be safer and live happier and better lives,” said Lori Sharpe Day, interim CEO of the National Law Enforcement Officers Memorial Fund. 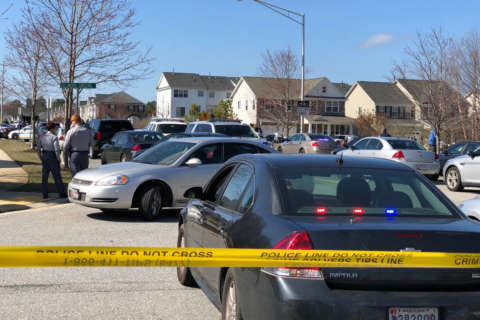 What happened the week before a Prince George’s Co. police officer was shot to death