The Law Enforcement Trust and Transparency Act requires that when someone dies after contact with police, two investigators “from an independent law enforcement entity” be appointed to open an inquiry, and that when complete, that report should be made public.

In a unanimous vote, the Montgomery County Council passed legislation designed to add another layer of accountability when someone is killed by a police officer.

The Law Enforcement Trust and Transparency Act requires that when someone dies after contact with police, two investigators “from an independent law enforcement entity” be appointed to open an inquiry, and that when complete, that report should be made public.

Council member Will Jawando led the push to enact the bill. In explaining why the added accountability is needed, he pointed to the recent death of Robert White, a Silver Spring man who was fatally shot by a police officer who was later cleared. The case generated protests over both the initial shooting and police’s handling of the case.

When it comes to police interactions with the public, Jawando said, “We have some disparities here,” especially in use-of-force cases involving African-American and Latino residents.

The act provides more accountability and is needed “so that the community can look at it and learn from it,” Jawando said.

“I think everyone will acknowledge that when someone dies, that’s a tragedy for the community,” he said.

Council member Craig Rice — who, like Jawando, is African-American and who has talked about his experiences as a person of color in Montgomery County — said the bill should not be seen as a rebuke of the police department or of the leadership of recently retired police Chief Tom Manger. The retired chief, Rice said, helped improve police-community relations.

“I think that Tom Manger did a great job of making sure that we accelerated training of our officers,” Rice said. “The challenge is we are still not where we need to be.”

The legislation doesn’t specify exactly who would be assigned to carry out the investigation, unlike the newly signed memorandum of understanding between Howard and Montgomery counties that specifies when an officer from one jurisdiction is accused of wrongdoing, the state’s attorney’s office from the neighboring jurisdiction would investigate. The agreement aims to avoid any conflict of interest in those investigations.

Rice said he’d like to see a memorandum of understanding that would have the state of Maryland do investigations for all police-involved shootings across the state.

Montgomery County is in the process of launching a national search for a new police chief.

“It’s going to be critical,” Jawando said, that the next police chief can demonstrate that he or she knows what real community policing means.

Referring to the case of White, who was well known to his neighbors, Jawando said: “If the officer is on his beat and doesn’t know Robert White, who walks in the neighborhood every day,” typically on the same route, “then we aren’t doing community policing.”

The Montgomery County Police Department declined to comment on the new legislation.

Officers within the department voiced their support for the bill, Jawando and Rice said, pointing out the need for improvement and oversight. And Jawando said he got more feedback on the LETT bill than on any other matter. 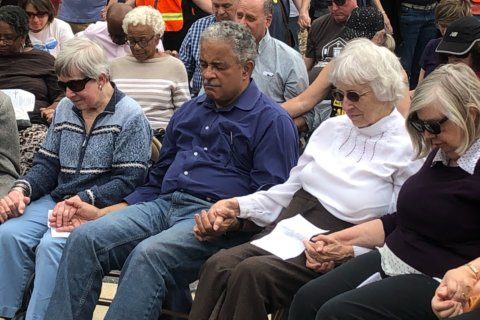