It’s what residents don’t see in Montgomery County Executive Marc Elrich’s proposed 2020 budget that might impress them the most: no tax increases.

“Anybody waiting for me to drop the tax increase bomb, you will be sorely disappointed,” Elrich joked in his Friday morning budget announcement.

Montgomery County schools get $2.6 billion of the total budget, which is a 2 percent increase over the previous year’s budget.

Elrich said he was happy to see a push in the Maryland General Assembly to get more money for early childhood education, something he’s said is a priority for his administration.

“We’re going to work with the school system to make sure that we continue to advocate effectively in Annapolis.”

The county will spend $225 million on transportation, Montgomery College would get $310 million and Health and Human Services would get $323 million.

“It’s not full BRT,” he said, using the acronym for bus-rapid-transit, “But it’s not a bus sitting in traffic.”

Montgomery College president DeRionne Pollard expressed frustration over Elrich’s budget proposal. In a statement released after the announcement, Pollard wrote that the budget offered no additional funds over the previous year.

“The county executive’s proposal for only a maintenance of effort funding level is tremendously disappointing and frustrating, especially after the college worked to propose an exceptionally lean budget for FY20.”

Elrich said that since taking office as county executive, he found that contrary to conventional wisdom on the difficulty of attracting business to Montgomery County, many business owners have been asking how they could, in Elrich’s words, “gain entry” to Montgomery County. Elrich criticized the county’s past approach to attracting businesses and growing a skilled workforce.

“We’re not doing what we’re supposed to do with job training. I know it, you know it — we’re going to change that,” he told the audience in Rockville. Elrich also said of the county’s attempts at fueling startups, “Our incubators are pretty lame, I’ll be frank.”

Navarro made clear that the county council will take a hard look at one of the ways Elrich sought to keep a tax increase at bay: In his FY20 plan, he cut the county’s contribution to a fund for retirees, referred to in budget documents as “OPEB”, or “other postemployment benefits.”

The county council has final say on the budget; and hearings are scheduled for April 8, 9 and 10. The council will vote on the final version of the budget by late May. The new fiscal year starts July 1. 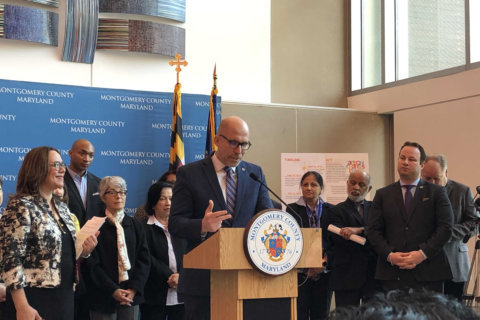 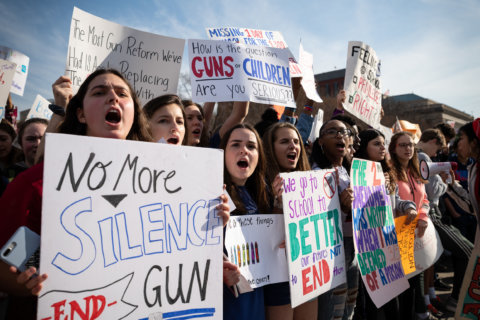