New photos and videos have been released as Montgomery County police say all leads in the 2017 murder of two men have been exhausted.
Listen now to WTOP News WTOP.com | Alexa | Google Home | WTOP App | 103.5 FM

WASHINGTON — Montgomery County police have released photos and videos of a suspect sought in a double homicide at the Westfield Wheaton Mall in early 2017.

The suspect was only described as an unidentified black male, and police say they have exhausted all leads in the case.

Newly released videos and photographs show a hooded man inside the Wheaton mall at 3:13 p.m. At about 3:17 p.m., emergency services received a 911 call for an assault and possible stabbing.

In a news release, detectives detailed a series of events that ended with two men dead on the mall’s lower level.

The two victims initially approached the suspect, and began an argument which eventually turned physical. After briefly going their separate ways, the two victims returned to face the suspect, joined by two more men and wielding  “bamboo sticks that were being used as exterior decoration of a mall restaurant.”

A second fight ensued, and police say the suspect ultimately produced a knife and stabbed Cruz and Gomez-Pineda. The suspect fled the scene. 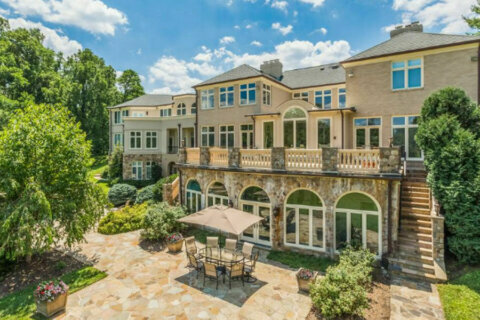 Bethesda estate once belonging to Mike Tyson hits the market