"It is tragic and shameful that our nation has gotten to this point," high school freshman Caroline Dwyer told board members, urging them install metal detectors and expand active shooter drills in schools.

WASHINGTON — Two Montgomery County students told members of the county’s board of education that it’s time for schools to install metal detectors.

Catherine Dwyer, who will be a freshman at Walt Whitman High School, sat down before the microphones at the board meeting on Thursday and said: “Board members, it is tragic and shameful that our nation has gotten to this point.”

Dwyer also said that metal detectors could help her feel safer at school.

Her sister, Caroline, will be attending Pyle Middle School and told board members she’s had nightmares about a shooter coming to her school.

“Dreams where I never leave the school that I entered that morning,” she said. “Dreams where my final moments are spent whispering on the phone to my family; to my mother, father and sister — the best friend I’ll ever have.”

Her testimony got an emotional response from board member Rebecca Smondrowski, who told her she’d read the seventh-grader’s testimony before the meeting.

“It brought tears to my eyes,” Smondrowski said. “It’s unfortunate that you have to think about things like that.”

Catherine Dwyer, who graduated from Pyle Middle School, also said she wanted to see active shooter drills — where students and teachers practice what they would do in the event that a shooter entered their school — expanded to elementary and middle schools. She told the board she didn’t recall having a drill during her time as a student at Pyle.

“I would argue that every middle and high school student is hyperaware of school shootings at this point,” she said.

“You’re right, that students at middle school and elementary school need to do this, and we have to have the right developmental supports in place to help kids understand the context of these drills,” Zuckerman said.

Derek Turner, spokesman for the Montgomery County school system, said the board hasn’t supported installing metal detectors. He said the logistics of getting thousands of students through the doors each day argue against their use.

Beyond that, school officials in other districts that have opted against metal detectors say the detectors present a message that schools are no longer a welcoming environment.

Along with expanding what Montgomery County schools call “active assailant drills,” Zuckerman said the program that puts school resource officers, or SROs, in every high school is being expanded.

The new state law on school safety mandates that middle and elementary schools that don’t have SRO’s stationed at the schools must come up with “adequate coverage” for those schools. Zuckerman said there’s a work group at the state level “to determine what that adequate coverage looks like.” 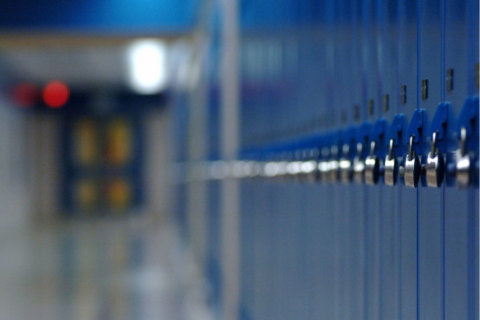