WASHINGTON — Montgomery County’s top prosecutor said he has concerns and questions about the County Council’s proposal to spend $373,000 on legal aid to immigrants facing deportation.

Montgomery County State’s Attorney John McCarthy said Monday he has no doubt that proponents of the plan to give the Capital Area Immigrants’ Rights Coalition the special appropriation are well-intentioned. But he added, “I don’t know that we’ve given full consideration to all the implications of what we’re doing.”

For one thing, he said, the list of convictions for offenses that would exclude a resident from getting legal aid in immigration court is incomplete. Under the county’s proposal, an immigrant with convictions of serious crimes — ranging from first-degree murder to participation in a criminal gang — would be ineligible for legal assistance in immigration court.

McCarthy said more offenses should be on that list. “Third- and fourth-degree sex offense, stalking, extortion, all forms of domestic violence — which are second-degree assaults,” should be among the exclusions, he said.

McCarthy said he was also concerned about the possibility that convictions could be subject to re-litigated. “If the underlying basis for the immigration issue is a criminal conviction,” said McCarthy, “you’re going to have to attack the conviction.” And that, he said, means victims of the crimes committed by an immigrant facing deportation may have to return to court.

McCarthy will meet with county officials Wednesday to go over his concerns.

A public hearing on the measure is scheduled for May 1. 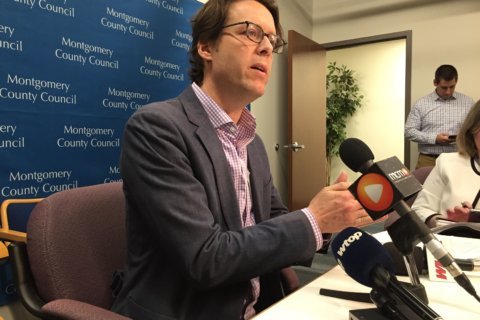 Montgomery County could offer legal aid to those facing deportation