WASHINGTON — The man who was convicted of raping a sleeping woman on Metro’s Red Line in 2016 was sentenced to two consecutive life sentences Friday afternoon.

John Prentice Hicks, 41, of Northeast D.C., was found guilty in a Montgomery County, Maryland, court of first-degree rape, first-degree sexual offense and second-degree assault in January of this year. He won’t be eligible for parole for at least 40 years.

In court Friday, Hicks’s lawyer asked for a sentence of 30 years because of what she called his troubled childhood and addictions.

Public defender Samantha Sandler told Judge Cheryl McCally that Hicks was the victim of a drive-by shooting in his teenage years, in which a friend of his was killed. The lawyer said that Hicks began using alcohol and marijuana and eventually turned to PCP, which the lawyer said he was on at the time of the attack.

When not using drugs, Hicks “doesn’t have any meanness,” Sandler told the court. Hicks told the court he was “truly sorry” that the victim “had to go through this traumatic experience.”

Tears rolled down the victim’s face as she told McCally that she wasn’t responsible for the trauma Hicks suffered in his youth.

“He already had other victims,” the victim said; “let me be the last.” She added, “A maximum sentence is what he truly deserves.” She told the court that she hadn’t told her family what had happened to her, and has had to go through the experience on her own.

McCally agreed, telling Hicks that some crime victims use their pain to do good later in life. “Some people have such pent-up anger they turn themselves into a criminal, and that is what you did.”

She mentioned a Metro surveillance video, in which Hicks is seen walking the length of the Metro car he raped the victim in as she walked the same length inside, apparently telling her to stay inside the car. “It will never leave my mind that you directed her like a caged animal,” McCally said.

Prosecutor Donna Fenton said the victim “is medicated and unfortunately had to be hospitalized” for an anxiety attack after she was raped.

On April 12, 2016, a night-shift nurse told Metro police that she was dozing off on a Red Line train headed toward Glenmont at about 10 a.m. when a man she later identified as Hicks used a knife to threaten her before he raped her and forced her to perform another sex act on the moving train.

Hicks was arrested hours later. His DNA was found on the seats of the train where the woman was assaulted, and was also mixed with hers on a rag in the Metro car.

Police, the victim and Hicks’s mother identified him from Metro surveillance video. Other evidence included a knife with the victim’s blood on it, clothes matching those from the surveillance video and a Metro card whose embedded information placed Hicks on the Metro at the time of the attack.

Hicks also faced two charges of indecent exposure, one before the attack and one after; they were dropped. 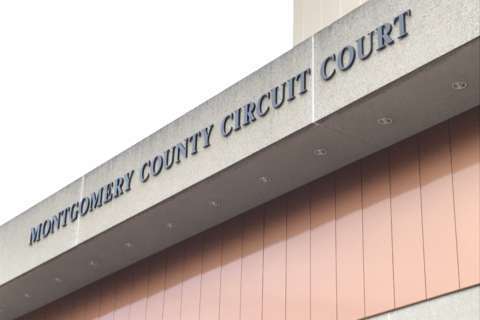