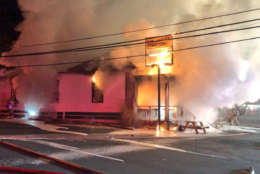 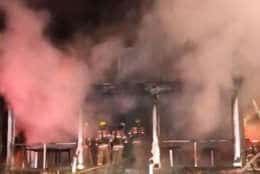 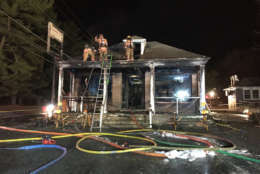 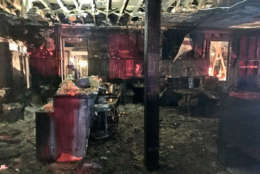 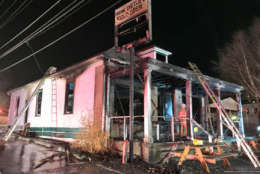 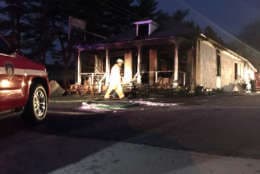 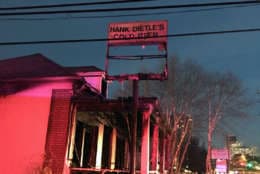 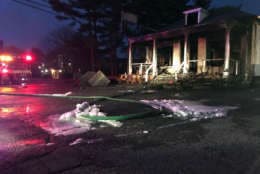 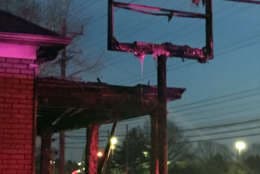 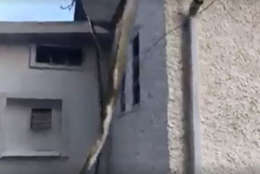 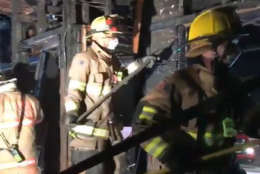 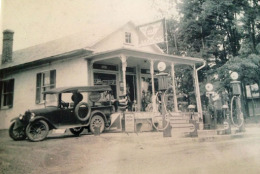 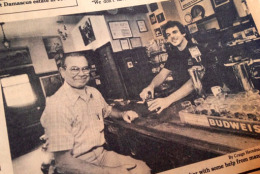 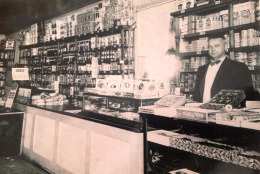 UPDATE: A few purported crowdfunding campaigns to help rebuild Hank Dietle’s and provide for the people who have lost have been started online; the official one, however, is here. More than $1,800 was raised in the first hour. 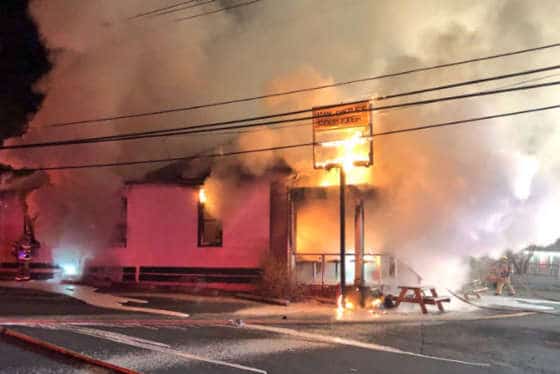 Hank Dietle’s Tavern, Rockville’s oldest bar, was destroyed Wednesday morning by a fire that authorities believe was started by “smoking materials” on the front porch.

They encountered heavy flames, but managed to get the scene under control.

The battle against the blaze closed a section of Rockville Pike between Edson Lane and Flanders Avenue for several hours.

Bar owner Tony Huniak said he was “sick to his stomach” when he heard about the fire.

He said fire officials told him a carelessly discarded cigarette may have started the fire.

Huniak doesn’t know what the next steps are.

Julie Fainberg lives in the area and said the bar was known for being a “great place to go and meet friends, cheap beer, you know good good, nice street food, and it was a good time.”

Joe Birch has been a part of Hank Dietle’s for over 20 years. “It was just a little bit of a shock, you know?”

“It’s sad but you know, I’m a carpenter so I know it can be remade,” he said.

Montgomery County Fire and Rescue spokesman Pete Piringer said there was significant damage to the building but no injuries were reported.

The structure where the bar was located was built in 1916 as a general store with two gas pumps out front.

Customers came in to reminisce about their fathers taking them to Dietle’s to hear a song on the juke box, said bartender Jenette Ford. Some even remember shopping with their grandmothers at the tavern’s home when it was surrounded by farm land.

“I had customers who actually would ride their horses over from River Road, and tie them out in front of the place and have a drink,” said John Hovde, who ran the tavern from 1971 to 1986.

Hovde’s father was a bartender at Dietle’s in the ’60s. After serving overseas in the Marine Corps, Hovde came back and looked for a job. After a few short weeks, he fell into his father’s footsteps when he became Dietle’s head bartender.

Below is a map of where the fire took place.