Tipster helps in ID, arrest of suspect who fired shots near Md. church

WASHINGTON — Police have arrested a man they say shot toward a Montgomery County church on two separate occasions last month thanks to a helpful tipster.

On Nov. 15, a parishioner of the church said he noticed a bullet hole in a window frame near the front entrance. The next day, police responded to the church for the report of the sound of multiple gunshots and found that the church had been hit.

On both occasions, police recovered bullet fragments and multiple shell casings near the church.

No one was injured in either incident.

A tipster helped police identify Banfield as the suspect in the case, said Montgomery County police.

On Nov. 29, detectives searched Banfield’s home and found a handgun and ammunition in his bedroom. The handgun recovered at his residence was the same weapon that was used in the shooting, according to forensic testing conducted on the shell casings and gun.

Bond information for Banfield is not yet available. 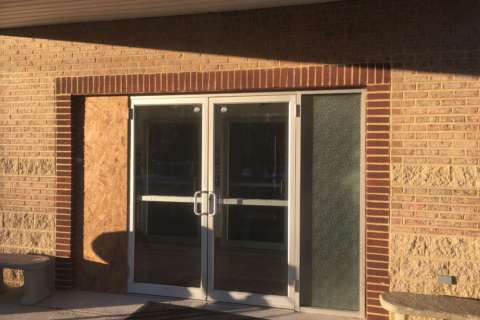