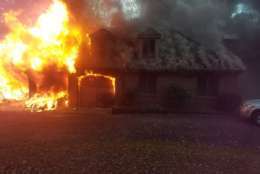 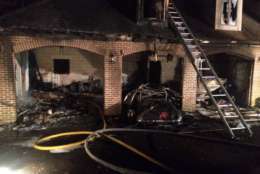 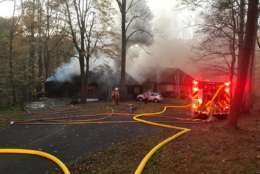 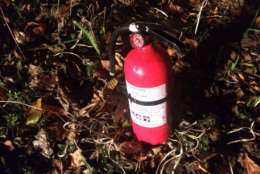 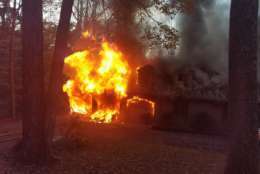 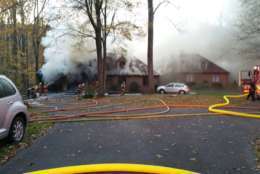 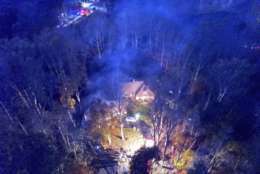 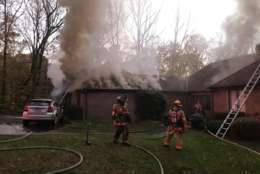 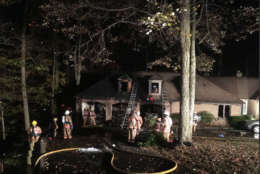 WASHINGTON — A Brookeville, Maryland, family’s home is destroyed, a dog is unaccounted for and the damage estimate for the accidental fire that tore the property has been raised from $500,000 to $600,000.

At about 5:50 p.m., the fire started in the garage of the two-story home. Two people were working on a car in the garage, Piringer said.

Brinkwood Road is located near Haviland Mill Road in Brookeville, and is an area where there are not fire hydrants, said Piringer. Firefighters used a tanker truck to draw water from a neighbor’s pond to fight the blaze.

The two people in the house at the time managed to get out safely, but not before trying to use a fire extinguisher to put out the flames.

“The two residents that were there, the occupants, were lucky to get out.”

No firefighters were injured, he added.

About 65 firefighters helped knock down the heavy fire, the bulk of which was out around 6:45 p.m., Piringer said.

Firefighter with @mcfrs go through home in Brinkwood Road in Brookville after fire tears through home. @WTOP pic.twitter.com/5aFUu03B8g

Below is a map with the location near the fire: