Holidays: Where to see holiday lights | Santa's back with inflation, inclusion on his mind | 4 ways to limit your holiday debt | Inflation 'definitely a guest' at holiday celebrations this year
Home » Montgomery County, MD News » Body found in Bethesda…

Authorities discovered the body of 40-year-old Daniel Taylor Evans of Sykesville, Maryland, in Booze Creek Stream Valley Park shortly before 7:30 p.m. Aug. 10 after receiving a call from a Bethesda resident who lived near the park.

The Office of the Chief Medical Examiner identified the body on Friday. The cause and manner of Evan’s death has still not been determined, police said. Authorities are awaiting the autopsy findings.

Evans was last seen Aug. 3 at about 6 a.m. when he left his Sykesville home for his job in Rockville, according to The Carroll County Times.

His blue Mitsubishi Gallant was located in Bethesda later that day after it was involved in a hit-and-run collision, the Carroll County Times reported. The driver involved in the collision was not identified and fled on foot, according to the report, which cited an update from the sheriff’s office.

WTOP has reached out to the Carroll County Sheriff’s office for more information.

Anyone who has information about Evans’ death is asked to call the Montgomery County Police Department’s major crimes division at 240-773-5070. 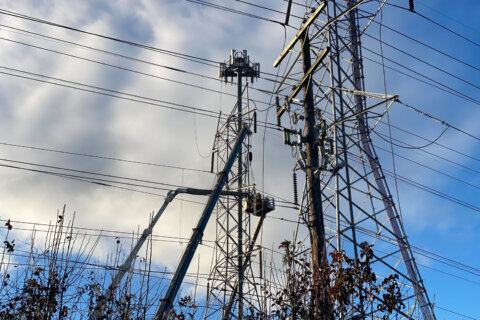