DNA left behind by a rapist who attacked five women in Montgomery County has provided police with what could provide a breakthrough in the unsolved cases: a sketch depicting what the unidentified man might look like.
Listen now to WTOP News WTOP.com | Alexa | Google Home | WTOP App | 103.5 FM
(1/2) 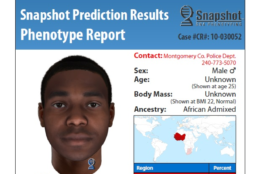 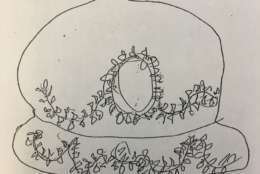 WASHINGTON — DNA left behind by a rapist who attacked five women in Montgomery County, Maryland, has provided police with what could provide a breakthrough in the unsolved cases: a sketch depicting what the unidentified man might look like.

Investigators believe the same attacker broke into the homes of the women and raped them between June 2010 and Sept. 2, 2012. He raped one of the women twice — six months apart.

Police collected DNA from three of the cases — the samples matched, identifying a single attacker. Police believe the same man was responsible for the other attacks because in each case he broke into the homes or sneaked in through an open door or window. Most of the women were attacked after midnight. The women ranged in ages from 37 to 95; most lived in the Germantown area.

In one case, the attacker wore a distinctive red hat with embroidered white vines and leaves.

The forensic evidence has never matched other samples submitted to law enforcement databases and police don’t know if the man is still in the area, said spokesman Officer Rick Goodale.

A process called phenotyping, which determines physical characteristics based on DNA, found that the attacker was primarily of Western African descent. He likely had brown to dark brown skin and brown or hazel eyes. His hair was black and he likely had no freckles. The process can also suggest the shape of the man’s face but cannot not depict height, weight or age.

Investigators hope that someone in the community might recognize the man in the sketch.

“It might be the final piece of the puzzle that detectives need to solve this case,” Goodale said.