Owner of Rockville house destroyed in explosion shot himself, dog

WASHINGTON — The remains recovered from the wreckage of a Rockville, Maryland, house after an explosion and fire last week have been identified as the home’s owner, 61-year-old Steven Martin Beck. 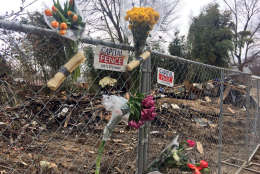 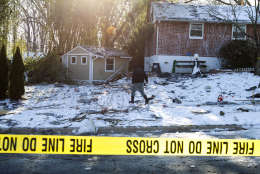 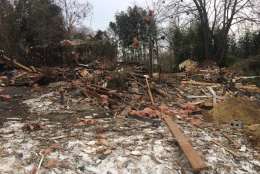 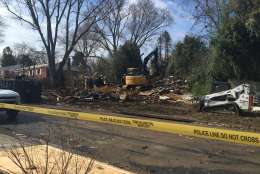 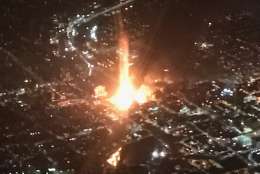 Share on Facebook. Share on Twitter. Share via email. Print.
Authorities said they were still trying to working to determine the timing and the circumstances of the explosion, which reportedly could be heard miles away and damaged several nearby homes on Ashley Drive.

The single-story brick home, which was in foreclosure, exploded shortly before 1 a.m. Friday — just hours before it was set to go up for auction. Authorities said last week there had been unauthorized gas use in the home since December, but investigators do no yet know whether that was the cause of the explosion.

Officials have said the pending auction will be part of the investigation.

“Investigators will look into the background of Mr. Beck and see what the circumstances were at the time of the incident,” Montgomery County police spokesman Rick Goodale told WTOP Monday afternoon.

The Montgomery County Fire and Rescue Service is working with state officials as well as the Bureau of Alcohol, Tobacco, Firearms and Explosives to determine the cause of the blast.

Neighbors reported seeing Beck at the home earlier in the week but not in the few days leading up to the explosion. 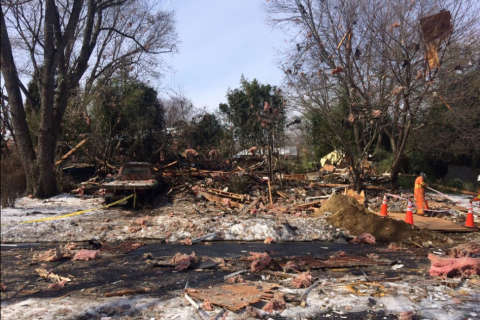 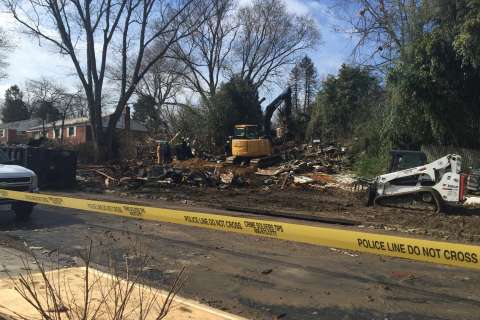