A bald eagle found injured in a backyard in Potomac, Maryland, has beaten the odds and is flying in the skies again over the D.C. area.
Listen now to WTOP News WTOP.com | Alexa | Google Home | WTOP App | 103.5 FM
(1/4) 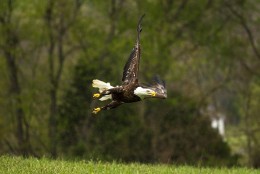 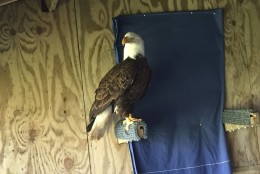 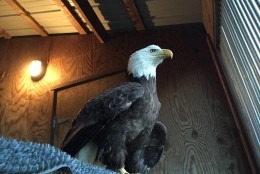 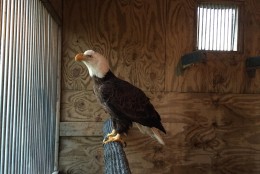 WASHINGTON — A bald eagle found injured in a backyard in Potomac, Maryland, has beaten the odds and is flying in the skies again over the D.C. area.

It was back in March that the bald eagle named “Trust” was found at a home on River Road. She was named by the two Montgomery County police officers who helped capture the frightened bird that was unable to take flight after it is believed she was hit by a car.

The bird was taken to the Owl Moon Raptor Center in Boyds, Maryland, where it was determined the eagle had a fractured bone in its wing.

“The bone was fairly displaced, so we were worried about the ability for her to fly again,” said Suzanne Shoemaker of Owl Moon Raptor Center.

Surgery was not an option, Shoemaker said, so caretakers crossed their fingers and hoped the wing would heal well on its own.

Shoemaker said the bird, which she called the strongest and biggest she had ever worked with, battled through the recovery process, and after slowly working up the wing strength, reached a point where she could be set free.

In May, two months after Trust was injured, Shoemaker said the eagle took off again into the wilderness from the Owl Moon Raptor Center.

“She definitely took off, no looking back,” she said. 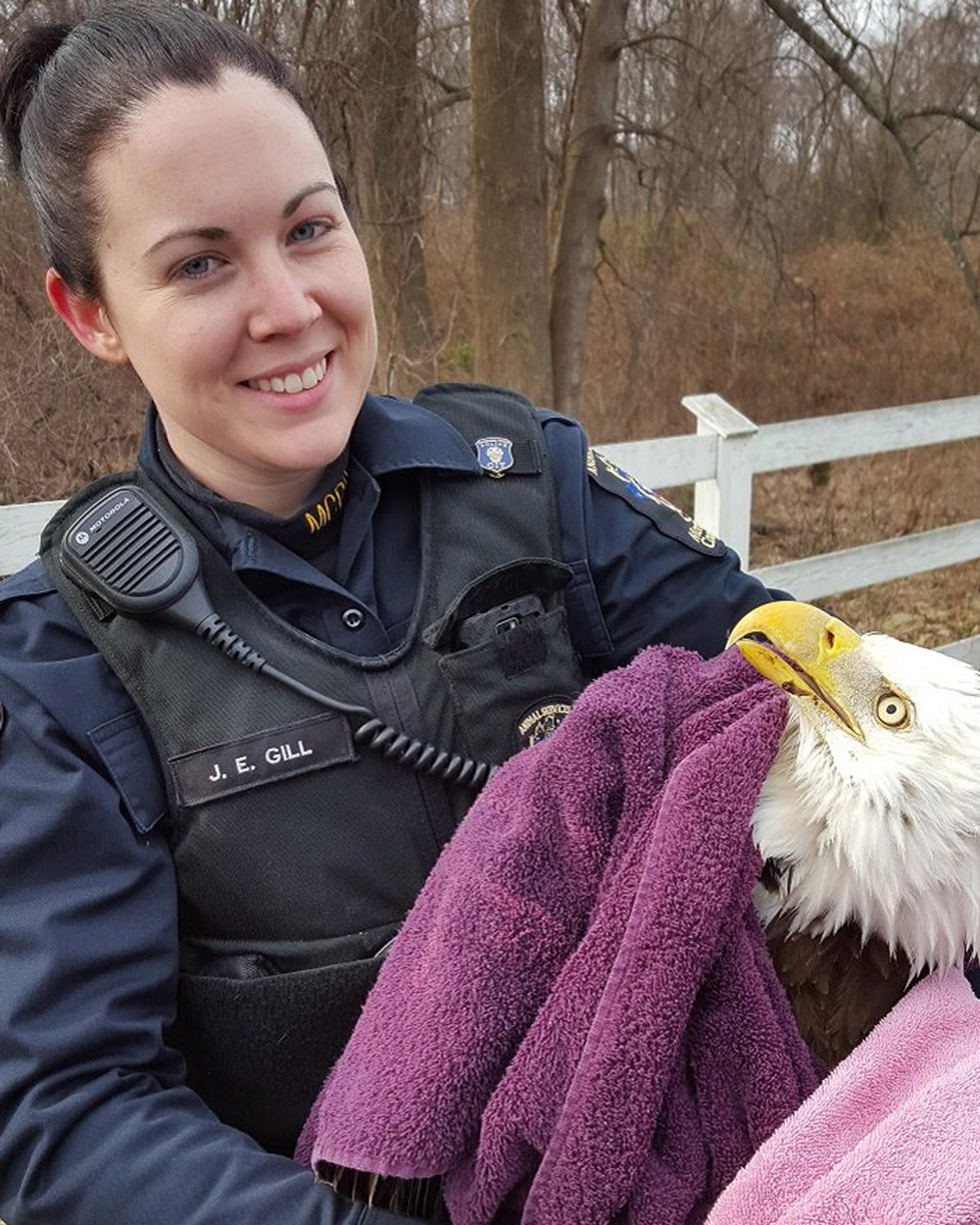