Raves and nays after shared driveway is finally paved (Photo) 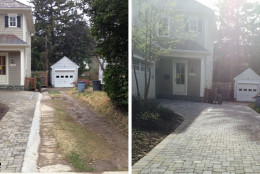 WASHINGTON: A driveway project delayed by a long court fight between neighbors in Chevy Chase, is finally finished.

The driveway shared by two homes on 44th Street is now completely covered with pavers.

For seven years, homeowner Deborah Vollmer battled her next-door neighbors the Schwartzes in court, but every lawsuit she brought against them failed.

First, she tried to block them from building a large new home, arguing it was too big for the lot and damaged the town’s tree canopy, among other things.

Then she took aim at the driveway.

Vollmer wanted to preserve the existing driveway, made of two long strips of broken concrete with grass down the center, but a Montgomery County judge ordered her to pay for half of the new driveway as well as her neighbors’ legal fees of almost $30,000.

Vollmer is appealing, and says if she wins she wants the brand-new driveway torn out.

The contractor on the project, Jose Rodriguez of Rodriguez Stone Work, tells WTOP in an email, “The Schwartzes are thrilled with their new paver driveway and happy with the fact that they will no longer drag all that mud to their garage.”

“I would be in shock if the judges ruled in her favor and had any of the work removed,” he adds. “It looks beautiful and enhances the beauty of (Vollmer’s) forgotten yard.”

Vollmer was arrested at least twice in connection with the ongoing disputes.

“Mrs. Vollmer would get in the way of my workers and equipment to try to stop the tree protection fence to be installed to commence the demolition of the driveway,” Rodriguez says.

“She would grab the posts and throw them over the driveway. We spent half a day to install a tree protection fence that would have been otherwise a 15 minute task. Once we were able to remove the concrete, install the base and start laying the pavers she would come out and start pulling up the pavers that had already been installed because she claimed they were on her side of the property. All construction was done within the easement as indicated by the town of Chevy Chase.”

Earlier this week, after the driveway’s completion, Vollmer wrote an “open letter” to Chevy Chase town leaders regarding what she called the “driveway fiasco.”

“The new driveway, which I, as a co-owner of the driveway, never consented to, is an insult to me personally and an assault to my senses, and to my home environment. I am deeply offended by the forceful imposition of the reconstruction and redesign of what had been a historic shared driveway, with a visually pleasing and environmentally beneficial grassy median strip down its center. I want my grassy median strip back,” she wrote. 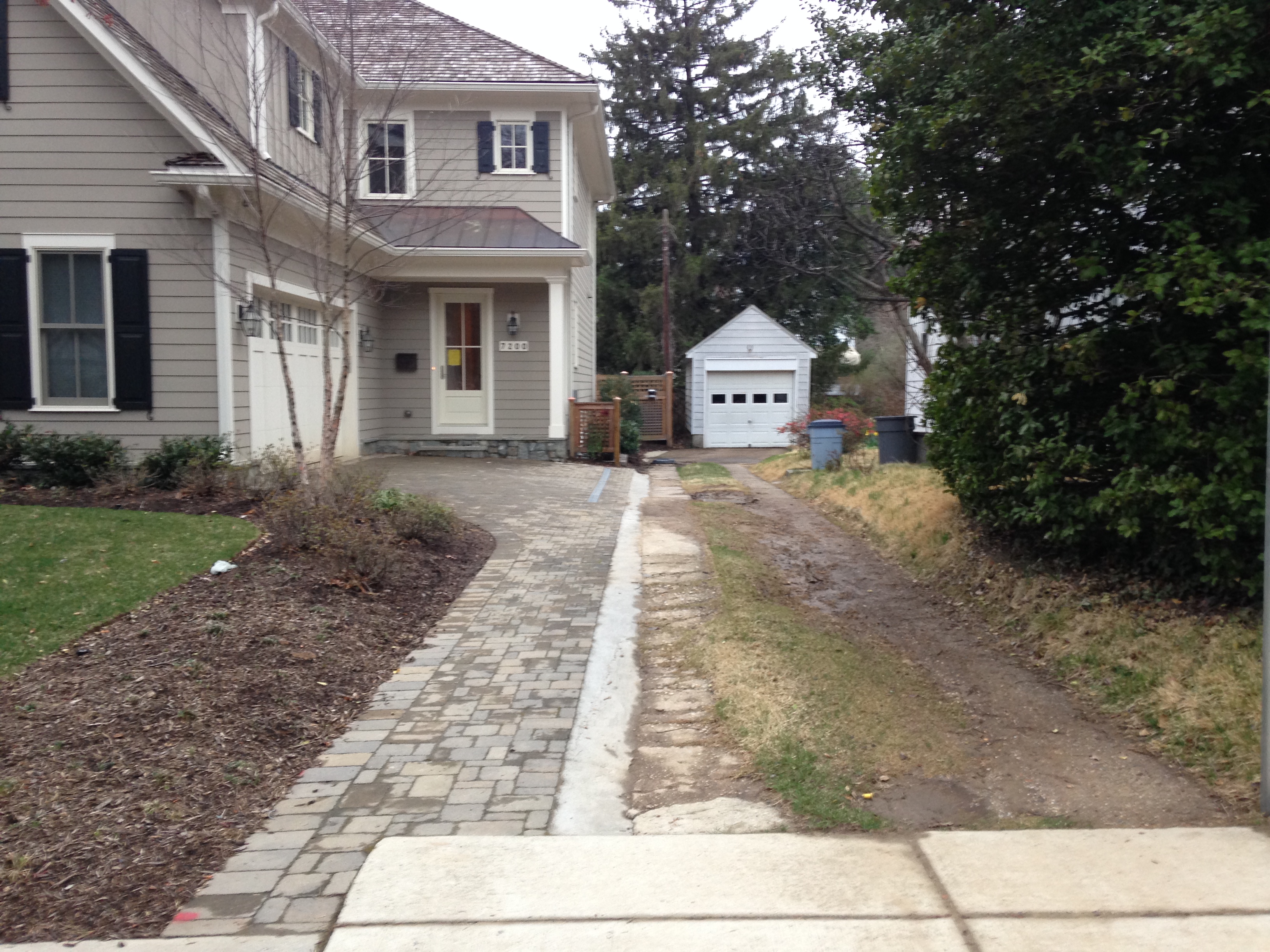