WASHINGTON — An 18-year-old Gaithersburg, Maryland, man has confessed to police that he spray-painted swastikas and wrote “KKK” on the Shaare Torah Synagogue because he disliked the Jewish people who attended the congregation, WTOP has learned.

Law enforcement sources familiar with the case say Sebastian Espinoza-Carranza admitted to detectives that he had planned and carried out the vandalism, which occurred April 7.

Espinoza-Carranza is charged under the state’s hate crime law with property damage to a religious institution, as well as defacing a religious property and malicious destruction of property over $1,000.

Police recovered surveillance video of a group of males in their teens at the 7-Eleven located at 121 Kentland Boulevard, before and after the crime occurred — a quarter-mile from the temple.

Sources say Espinoza-Carranza was one of the young people pictured on the video. Several of them were questioned by police.

Espinoza-Carranza told police they would find the black and white running shoes he wore during the crime at his home, and that the gray shirt and khaki pants were in a garbage bag at his home.

Maryland court records show Espinoza-Carranza has been released on $25,000 bond.

On hearing the news of the arrest, Shaare Torah rabbi Jacob Blumenthal saw the incident as a chance to reach out and educate young people involved: “We want to help them understand, it really is very hurtful, what’s been done to our community. …

“We really need to get to know each other better as communities. You don’t do this to people you know; you do it to people you don’t know.”

Told that Espinoza-Carranza had apologized and asked for a chance to talk to Blumenthal, the rabbi said, “We’d like to hear more about what was behind it.”

Shaare Torah president Connie Liss, whose parents survived the Holocaust, said of the crime, “I don’t live in a dream world, I know these things happen. But there’s a jolt when it’s up close and very personal. There’s no other way to describe it. It was a violation.”

Ryan Spiegel, a congregant and a member of the Gaithersburg City Council, said, “The silver lining is the way the community came together and responded afterwards.” The response from the Montgomery County and Gaithersburg City police was heartening, he added: “They responded with respect and sensitivity and incredibly diligent police work.”

Montgomery County Police Chief Tom Manger, in a statement, said hate cases are difficult to solve. “We don’t tolerate hate, and we will not be intimidated by ignorance,” he said.

“When such a despicable crime occurs, it impacts the entire community, irrespective of religion, race or ethnicity,” wrote Gaithersburg Police Chief Mark Sroka.

Police on April 8 said they had identified a “person of interest” in the case after reviewing surveillance footage.

Blumenthal added, “Torah says ‘Love your neighbor as yourself’ … We’re thinking about these young people; we’ll continue to reach out.”

Police have identified juvenile suspects, and additional charges are expected. 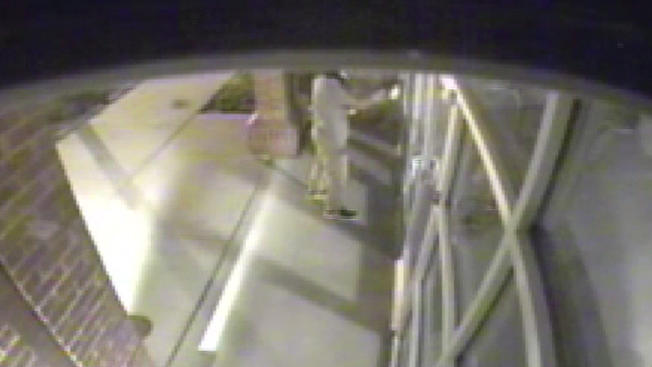