CHICAGO (AP) — Manny Machado lined a single for his 1,500th hit and hit a two-run homer in a four-RBI night to help the San Diego Padres beat the reeling Chicago Cubs 19-5 on Wednesday night.

Machado was one of five Padres with three hits as San Diego routed the Cubs for the second straight hot night at Wrigley Field. Jorge Alfaro added a two-run homer and three RBIs as San Diego improved to 40-24 in winning its third straight and seventh in nine.

“It’s a great milestone to accomplish,” Machado said. “I just go out there and play baseball. Obviously winning ballgames is most important thing to me and the milestones will come with winning baseball games.”

And what about someday joining the elite group — currently 33 — who have reached 3,000 hits? Machado is only 29 years old.

“I haven’t even thought about that yet,” Machado said. “Obviously that’s everyone’s goal. If I’m healthy, anything is possible.”

That sounds like a mantra for the suddenly hot-swinging Padres, who are on the tails of the first-place Los Angeles Dodgers in the NL West.

Jake Cronenworth and Jurickson Profar each doubled twice and had three hits for the Padres, who remained percentage points behind the Dodgers. Luke Voit hit a solo homer off Frank Schwindel, mopping up in the ninth, for his third hit.

“I think it’s just when guys are having their name called in in the lineup, no matter whether it’s to start or pinch hit, they’re getting huge hits in big spots,” Cronenworth said. “In the first two months it was Hos (Eric Hosmer) and Manny who were carrying the team. Now I think everyone has come around and we’re playing as a group, which is pretty dangerous.”

Rookie Christopher Morel had a solo shot and three RBIs for the Cubs, losers of nine straight. San Diego has outscored Chicago 35-11 in the first three of a four-game series.

Machado reached his milestone in the first and drove in the game’s first run. The five-time All-Star’s homer in the fifth was his 11th and capped a six-run rally that put the game away.

Machado became the 17th player to have 1,500 hits and 250 homers before turning 30. He also had an infield single and walked twice in going 3 for 4.

“The next 1,500 will be even more special,” Flaherty said. “He was anxiously swinging the last couple of days, so it’s good to get that one out of the way.”

Cronenworth had two RBIs in his third straight three-hit game, the first time a Padre has done that since Kevin Kouzmanoff August 2009. The 28-year-old infielder has nine hits in 14 at-bats in three games after entering the series batting just .221.

Both starters, Chicago’s Caleb Kilian and San Diego’ Ryan Weathers, were recalled from the minors to fill gaps in their team’s rotations – and struggled with control.

“We haven’t been very good,” Chicago manager David Ross said. “We have to pitch a little better than we’ve pitched the last couple of night.”

After Machado’s run-scoring hit, San Diego increased its lead to 2-0 on Alfaro’s force out in the first.

The Cubs pounced on Weathers’ wildness in the second. He walked two with the bases loaded to force in runs, and Morel followed with a single that put Chicago ahead 4-2.

After Kilian hit Ha-Seong Kim with a pitch in the fourth, the Padres sprayed three straight hits, capped by Cronenworth’ second double, to take a 5-4 lead.

The Padres added six more runs in the fifth to increase its lead to 11-4. Kim’s triple in the rally drove in two runs, then Machado’s shot to left-center capped it

Morel homered in the sixth for the Cubs, and the Padres blew it open with five in the seventh.

Weathers, called up from Triple-A El Paso for his first start since last August, allowed four runs and six hits while walking four.

The 25-year-old Kilian was shaky in this one, following a no-decision in his debut on June 4 against St. Louis. This time, the 6-foot-4 righty allowed five runs and five hits with five walks in four innings.

Kilian was acquired in a trade that sent Kris Bryant to the Giants last July.

Cubs: To make room for Kilian on the roster, the Chicago placed INF Nick Madrigal on the 10-day IL with a left groin strain, retroactive to June 12. Madrigal last played on Friday at New York against the Yankees. … Manager David Ross said OF Seiya Suzuki (left ring finger sprain) is throwing and has resumed some baseball activities, but isn’t hitting yet. 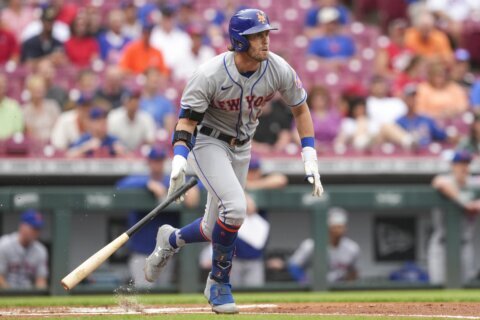 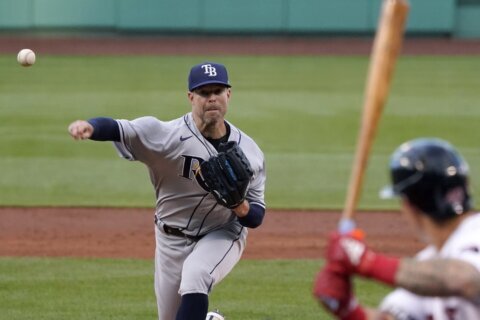 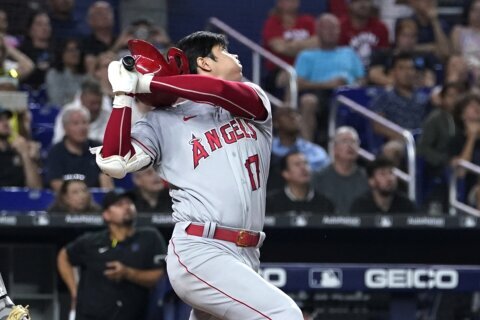