The St. Louis defenseman took a high stick to the upper lip in the first period of the Blues’ 4-1 win over Seattle on Wednesday night. The wound led to a four-minute power play that kick-started the Blues to their third straight victory.

“A few stiches and away we go,” Parayko said.

Ville Husso made 28 saves, and Robert Thomas, Justin Faulk, Jordan Kyrou and Ryan O’Reilly each scored to help the Blues improve to 15-3-3 against the Pacific Division.

Husso, who has supplanted Jordan Binnington as the Blues’ top netminder, stopped the first 17 shots to record his third win over the Kraken this season. Husso, who improved 13-2-1 at home, has stopped 86 of 88 shots in those wins.

Jordan Eberle scored for Seattle, which has lost three of four. Chris Driedger made 32 saves.

Parayko received a high stick from Jared McCann that led to the lengthy man advantage. It also led to a pair of stitches between the first and second periods.

Thomas converted with the man advantage at 8:38 of the opening period to send the Blues off and running.

Thomas continue a torrid scoring streak with his 16th goal of the season off a nifty cross-ice pass from Ivan Barbashev. He has at least a point in a career-best seven straight games with four goals and eight assists during the run.

“He’s looking to shoot more than he ever has,” St. Louis coach Craig Berube said. “He’s scoring, he should continue to shoot.”

Faulk scored his 10th goal at 7:56 of the second period to become the first St. Louis defenseman to hit the double-digit mark this season. He converted off a feed from Brayden Schenn, who recorded two assists.

Eberle got the Kraken within a goal by pouncing on rebound in front of the net just 119 seconds later.

Kyrou scored for the first time in 12 games early in the third period to push the lead to 3-1 with his 23rd goal.

“It gets kind of tough sometimes when you’re going through those stretches,” Kyrou said. “It’s a nice load of relief when you finally get one.”

O’Reilly sealed the victory for St. Louis by scoring into an empty net with 1:15 remaining.

The Blues are 5-0-1 in their last six and building momentum for the post-season.

“Every game from this point on, you’ve got to be in playoff mode,” Kyrou said.

Seattle was coming off a 4-1 win over Dallas on Sunday.

“This was one of those efforts that you crumple up and throw away,” Driedger said.

Former St. Louis Cardinals outfielder Vince Coleman was at the game and received a standing ovation when he was shown on the video board during the second period. Coleman spent six of his 13 major league seasons in St. Louis. He stole 326 bases over a three-year period from 1985-87.

Seattle C Jaden Schwartz missed his sixth successive game with an upper body injury. Schwartz played 560 games with the Blues and was a member of the Stanley Cup-winning squad in 2018-19.

Seattle D Adam Larsson is the only player on the Kraken roster to appear in all 70 games this season,

The Blues have a league-best seven players with 20 or goals or more this season. O’Reilly (17 goals) and Thomas (16) are closing in on the mark.

Kraken: Face the Blackhawks in Chicago on Thursday night. 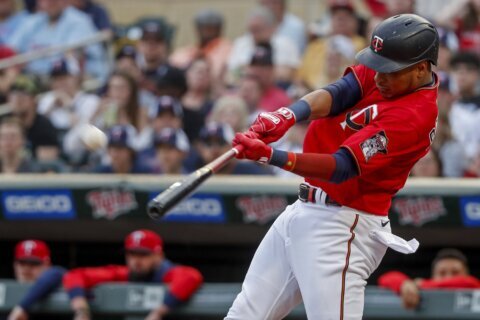 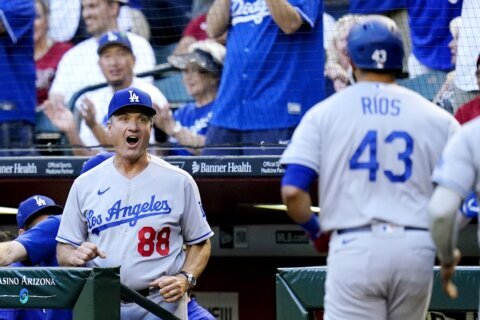 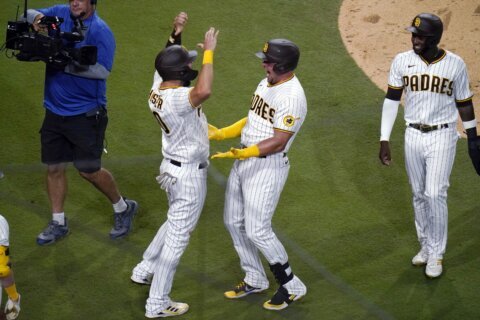