The 34-year-old was 1-1 with a 3.60 ERA in five spring training appearances. He allowed two runs and three hits in five innings with three strikeouts and four walks.

Hunter went 0-1 with one save and a 4.01 ERA in 24 games for Philadelphia last season. He also has played for Texas, Baltimore, the Chicago Cubs, Cleveland and Tampa Bay. 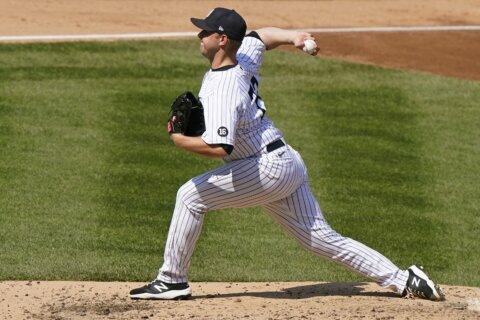