Why so many home runs? Physicist explains how changes to ball are energizing stats

MLB’s home run numbers continue to get more absurd as the season enters the heat of summer. The league acknowledges that the 2019 baseball might be the cause. Here's what a uniquely qualified scientist found.
Listen now to WTOP News WTOP.com | Alexa | Google Home | WTOP App | 103.5 FM

The end of June brought about the unofficial halfway point of the baseball season. And, just as we assumed might be the case after a record-setting April, MLB’s home run numbers continue to get more absurd as the season enters the heat of summer.

While the league acknowledges that the 2019 baseball is the cause of much of the trend, how much do we really know, and what can and should be done about it?

As Jay Jaffe detailed at FanGraphs, nearly half the league’s teams are on pace to break their respective franchise home run records. And as absurd as that is, it doesn’t even tell the full story of just how drastic the impact has been this year. Jayson Stark’s piece for The Athletic noted such nuggets as the home run pace being set would break the all-time mark by nearly 1,000, and that the Baltimore Orioles’ rate of allowing home runs — just shy of two per game, on pace for well over 300 — would be dozens more than the previous mark.

Of course, it’s not just the sheer quantity of baseballs leaving the yard that’s impacted — it’s how far some of the hardest hit ones are going.

You’re going to want to see where this lands. 😳 pic.twitter.com/m197tB7m1d

While this year’s jump is dramatic and obvious, the trend had been inching upward since the 2015 All-Star break. Consider that home runs are up from 1.74 per game in June 2014 to 2.83 in June 2019. That’s a 62.6 percent increase. That’s why the numbers at the Triple-A level — which just started using MLB baseballs this year — not only support the Major League results, but exceed them.

The last time we checked in with the International League, well over half the league was outpacing last year’s OPS team leader, the Indianapolis Indians, who posted a .753 mark in 2018. The good news for the Indians is that their OPS has ticked up slightly this year, to .755, as of Sunday. The bad news? That ranked last — yes, dead last — in the league. In other words, all 14 teams are ahead of pace of last year’s best offense.

While the game is certainly not entirely clean of PEDs, and while focus on launch angle and focus on the long ball take center stage, Stark does well to debunk those as the reasons for the sudden change. As the Triple-A numbers seem to confirm, it’s the ball. Which, finally, the league is admitting.

MLB Commissioner Rob Manfred’s recent explanation was that there hadn’t been any substantive changes, other than perhaps the pill — the middle of the ball — being more centered, thereby flying truer, with less wobble that would hamper its aerodynamics. That might be true, but regardless of intent, the balls are coming off the assembly line differently in several tangible ways that could all be impacting the ball once it’s in flight.

Dr. Meredith Wills’ introduction to baseball as a fan came early — “I was born on Opening Day, and it went from there” — but as a scientist came a bit by happenstance. Another of her hobbies is knitting, and one of her baseball-related designs ended up in the Baseball Hall of Fame. She started working with Cooperstown on projects knitting with pieces of yarn from the insides of baseballs, which is how she began to take the balls apart in the first place. Suddenly, amid this eyebrow-raising home run explosion, she was in perfect position to use her doctorate in physics to study why, starting with the original home run surge of 2017.

“In the past, we’ve seen how the baseball is made actually changes the way it has traveled through the air,” she told WTOP. “I realized that everything I’d been doing in astrophysics was exactly what you needed to do, particularly player tracking.”

Stark addressed some potential differences in the ball in his piece: “The ball isn’t bigger. It isn’t heavier. It isn’t made of any different materials.”

While mostly accurate, that doesn’t paint a complete picture. As Wills discovered by comparing dozens of balls from different years, the baseball is actually slightly smaller, or, at least, smoother, around the seams this year, with the height ranging between 0.23 and 0.41 millimeters, as opposed to between 0.45 and 0.68 last year. That’s a major difference in the one aspect of the ball that keeps it from being a perfect sphere.

Wills also discovered that the smoothness of the leather gave the 2019 ball 27.6% less static friction, another contributing factor. Finally, the ball’s spherical deviation, or how close it is to being exactly round, has dropped to near zero. All these factors conspire together to create a more aerodynamic ball with less drag, meaning a swing with the same bat and the same force at the same angle is going to produce a batted ball that travels farther. Just how much farther, of course, is uncertain.

But Wills believes it’s more than just the centering of the pill.

Wills theorizes that perhaps a drying process that involves direct heat is responsible for the change, accounting for the smoother, rounder, more aerodynamic ball.

“They may have just changed this one part of the process that they’ve already changed more than once, and it just had this triple-whammy effect,” she said.

An inquiry to Rawlings, which manufactures all MLB baseballs, as to whether they had changed that aspect of their process by introducing heat to the drying process rather than allowing the balls to air dry, had not been addressed as of publication.

But improvements to the ball are nothing new. One of the big issues this year was that, for whatever reason, it appears that at least a portion of the baseballs being used in Spring Training were older models, not the ones on the field for Opening Day 2019. Wills is currently analyzing a collection of baseballs from this spring and has found a mix of new and old. That meant pitchers spent six weeks throwing some baseballs that would not leave their hand or react to forces the same way as those they would end up pitching with all year.

One theory is that this impacted walks, hit batters and wild pitches as well. While it’s true that walks were up early in the season, this seems to be a pretty consistent trend in baseball year to year. Walks per game have been higher in the opening month of the season than the rest of the year each of the past five full seasons, ranging anywhere from 1.11 percent above (2017) up to 12.86 percent above (2014). This year’s March/April walks-per-game rate of 6.99 might be the highest rate yet, but it’s up less than 10 percent over the rest of the year so far, a rate right in line with last year’s opening month (9.81 percent higher). Whether that’s caused by the changes in the baseball year to year or some other factor, it does not appear to be exclusive to this year.

Barring some major change to the baseball before the end of the year, we’ll likely see all kinds of home run records fall this year. The question of what to do next is tricky, though. Is it worth making a “worse” baseball, with less refined production methods, simply to try to balance out the power of the current era for historical records’ sake? It’s certainly not fair to slap any asterisks on the numbers this season — batters are still competing on a level playing field, hitting the same balls produced outside of their control. And people love home runs, especially with fewer and fewer other balls put in play.

MLB will have to decide what comes next, but Wills thinks this may simply be the new normal.

“We may look back and see 2019 as the start of a new fundamental era in the game,” she said. 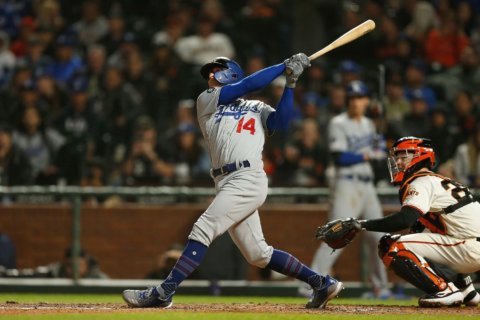 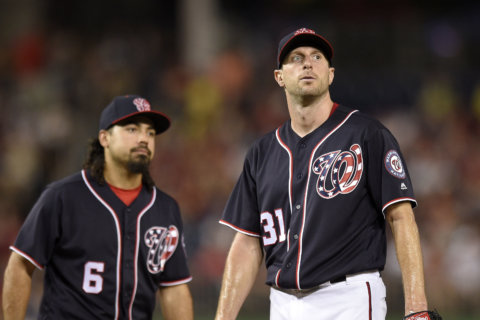