On 80th anniversary, Gehrig’s speech is still immortal in MLB

July 4 brings the 80th anniversary of Lou Gehrig's farewell speech, still one of the most memorable moments in the history of American sports.

“Today I consider myself the luckiest man on the face of the earth.”

That is the signature quote from what is considered baseball’s Gettysburg Address. July 4 marks the 80th anniversary of Lou Gehrig’s speech, following his devastating Amyotrophic Lateral Sclerosis (ALS) diagnosis, in between games of a doubleheader at Yankee Stadium.

The quote has defined the life of one of baseball’s greatest players. Most baseball fans never saw Gehrig hit one of his 493 home runs in person. Just a few grainy black and white film clips of him playing still exist.

What lives on is the courage of a man facing a devastating diagnosis, telling the world how lucky he is. Less than two years later he would be dead from the rare disease he gave a face to, as well as a name — Lou Gehrig’s disease.

Gehrig was diagnosed with ALS at the Mayo Clinic on his 36th birthday, June 19, 1939. The previous month, hitting just .148, he’d ended his record of consecutive games played at 2,130, telling manager Joe McCarthy that he was benching himself for the good of the team.

Not long after the diagnosis became public, the wheels were set in motion to honor the “Iron Horse.” The all American holiday seemed like the perfect time. Lou Gehrig Day would be held with the Washington Senators in town July 4 for a doubleheader. There were no separate admissions in those days — the fans stayed for the rest time between games and on this day, they would spend it watching one of the iconic moments in sports history.

Dozens of former teammates showed up, including Wally Pipp, whose benching allowed Gehrig to start his streak 17 years earlier. One might think a man who’d become a verb for losing his job — as in, “he was Pipped” — wouldn’t want to be associated with the man tied to that distinction. But that was kind of respect Gehrig received from everybody. Almost everybody.

Babe Ruth, whose bright star far outshined Gehrig, even though they were near equals on the field, hadn’t spoken to his former teammate in years. Though characteristically late, the Bambino showed up for this one ready to bury the past. The photo of the hug he gave Gehrig after the speech is still tear-worthy eight decades later.

The first game, won by the Senators 3-2, lasted less than two hours. The ceremony went more than 40 minutes. Along with lots of tributes, Gehrig was showered with gifts, including a silver trophy with his teammates names inscribed. His No. 4 was retired, the first number retirement in the history of sports.

Covering the event for The Washington Post was Shirley Povich. He (yes, Shirley was a “he” even though he was later listed in “Who’s who among American women”) was in the midst of a 75-year writing career that would place him among the greatest sports writers who ever lived. Those of us lucky enough to read his columns over the years were treated to the best in writing and reporting. Somehow though, that “luckiest man” thing never reached his typewriter keys.

Povich’s lede is often referenced in connection with the speech.

“I saw strong men weep this afternoon, expressionless umpires swallow hard and emotion pump the hearts and glaze the eyes of 61,000 baseball fans in Yankee Stadium.”

Later in the column Povich quoted a portion of the speech where Gehrig said, “I have been a lucky guy.” But nowhere in the column does, “Today I consider myself the luckiest man on the face of the earth” appear.

Today, he’d be blasted on Twitter and a newly edited version would appear. Not in 1939. Maybe it just wasn’t that big a deal at the time.

It really wasn’t until “Pride of the Yankees” starring Gary Cooper came out in 1942 that the speech took on the life it has today. While part of the speech, including the famous line, was filmed, there were no television sets to watch it on. Only those in attendance heard it. In the movie, we get Cooper’s baritone, western-accented voice. And with background music, it has more gravitas than the high pitched New York accented nasal from the real thing.

One can give Povich a break on this one. It’s not like his career took a hit — he died 59 years later, a day before his final column appeared in the Post.

As for Gehrig, the Hall of Fame in Cooperstown waived the five-year post retirement waiting period and inducted him the following year. That same year, he was appointed New York City Parole Commissioner by Mayor Fiorello La Guardia.

With physical assistance from his wife, Gehrig served in that role for nearly a year-and-a-half. During that time, he sent a young man named Rocco Barbella back to reform school for violating his probation. Still obviously hardheaded, Barbella cursed out the Yankee legend before being hauled away.

Years later, Barbella became known as Rocky Graziano and was a Hall of Famer himself as a boxer. His life story is told in a book and the Paul Newman movie, “Somebody Up There Likes Me.”

Asked during his boxing career about his meeting with Gehrig, Graziano said, “I probably should shake Gehrig’s hand for straightening me out. But it was too late. I found out he was dead.” 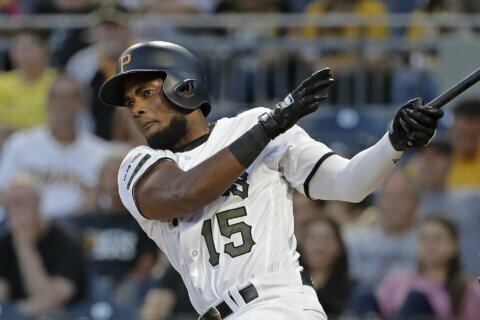 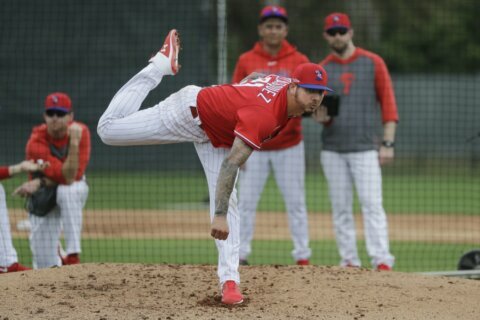