WASHINGTON– The Islamic State of Iraq and the Levant (ISIL) has allegedly lost another important operative, but this one may…

WASHINGTON– The Islamic State of Iraq and the Levant (ISIL) has allegedly lost another important operative, but this one may have held the key to ISIL’s future.

“He was of part of this group of people building a cyber caliphate,” said Robin Simcox, research fellow at the Henry Jackson Society in London.

Hussain, allegedly killed in a U.S. strike outside on ISIL’s stronghold in Raqqa, Syria, is believed to be the second top ISIL figure killed in less than 10 days.

Fadhil Ahmad al-Hayali, also known as Haji Mutazz and Abu Muslim al-Turkmani, the second in command of the terrorist group ISIL, was killed in a U.S. military air strike on Aug. 18, according to the National Security Council.

Hussain, 21, to some observers, was the mastermind of “the Islamic State Hacking Division,” which was blamed for an embarrassing hack of U.S. federal government, military and state computer networks. The group released the names, emails and passwords of almost 1,500 personnel from the Air Force, Marines, FBI, State Department and Port Authority of New York and New Jersey.

“Junaid Hussain was considered to be vital in hacking passwords for Central Command Twitter and YouTube accounts and then posting pro-Islamic state messages on them,” said Simcox. While the hack was awkward for the military, Pentagon officials downplayed it by saying the information released was old and likely not usable.

Getting into Centcom’s social media accounts was not Hussain’s first high-profile hacking exploit. At age 18, he spent six months in a U.K. prison for hacking into and publishing former British Prime Minister Tony Blair’s address book.

Simcox said he believes the attempt to build a so-called “cyber caliphate” is an effort to put ISIL on par with nation-states. “We associate China as a severe threat to cyber security, but what Junaid Hussain did was provide ISIL a dog in that fight as well.”

Not only was Hussain believed to be instrumental in the architecture of an execution of ISIL’s social media messaging, but he was also allegedly intimately involved in recruiting and outreach.

“He was also thought to possibly be in touch with the Garland, Texas shooters,” said Simcox.

According to the Counter Extremism Project’s website, “Authorities allege Hussein radicalized and directly encouraged Elton Simpson to carry out the May 3, 2015 attack with Nadir Soofi on a draw-Mohammad contest in Garland, Texas. Investigators are uncertain how much of a role Hussain played in the attack, but believe he may have had foreknowledge.”

The Obama administration has pledged to “degrade and destroy” the Islamic State, which continues to thrive in Iraq and Syria, but Iraq’s top diplomat in the U.S. said wiping out ISIL’s social media presence and eliminating its cyber capabilities is just as important as capturing and killing operatives involved in physical operations.

“Social media has a much more adverse impact than actual front wars because it’s wider, borderless and certainly it talks to the hearts and the minds of the people, and that’s dangerous,” Lukman Faily, Iraq’s ambassador to the U.S., told WTOP.

“The world is in a race against time. Stopping and terminating ISIL’s  social media and messaging platforms, and putting out anti-terrorism messages, needs to take place faster than they can put out their negative messages,” said Faily.

But finding ISIL on the Web or so-called “dark web” is easier said than done.  “Our job is to find needles in a nationwide haystack, needles that are increasingly invisible to us because of end-to-end encryption,” FBI Director James Comey told Congress recently.

Because of encryption, ISIL has been able, through Hussain’s exploits, to reach out to recruits enticing them to plan and launch attacks around the world.

Simcox said Hussain is out of the picture, “but there’ll be others willing to step in to take his place.”

ISIL’s mastery of modern technology, current pop-culture trends and manipulation of Islam as a part of its lore, is of great concern to the U.S. State Department, which issued a new travel warning Thursday afternoon.

“Individuals who demonstrate an interest in groups opposing ISIL, including on social media, could open themselves to being targeted by ISIL itself if those individuals travel to Syria,” said the warning.

The message also pointed out, “Our ability to provide consular assistance to individuals who are injured or kidnapped, or to the families of individuals who die as a result of taking part in the conflict is extremely limited.” 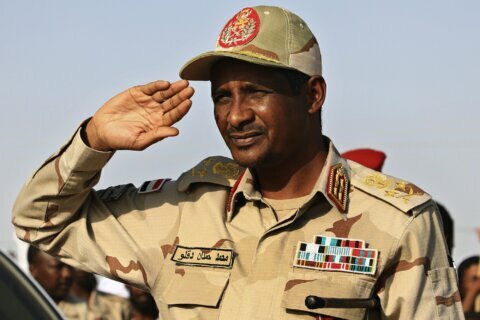 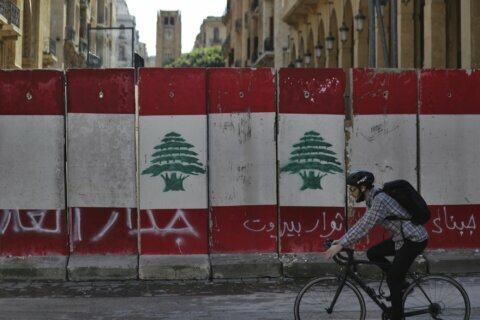 Lebanon at a crossroads after 100 days of protests 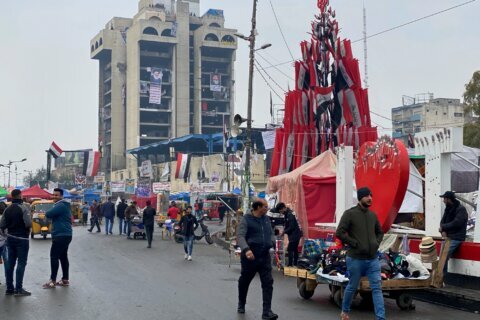