WASHIGNTON — Millions of Americans hit the road over Memorial Day weekend, which marks the start of the yearly summer driving season, but it’s costing more to fill the gas tank this year.

Across the country, the gas price average is 60 cents more than last year.

According to AAA Mid-Atlantic, these prices are the highest for Memorial Day since 2014. In the D.C. area, prices were around $2.55 last year. On Friday, they topped the three-dollar mark at $3.09.

But with 37 million travelers expected on the nation’s roads this holiday weekend — and nearly 3 million of those folks in D.C., Maryland and Virginia — higher gas prices have not put a damper on holiday travel.

“Simple ECON 101, supply and demand,” Brandus tells WTOP. “You’ve got these big global producers — the OPEC nations, the Russians — [who] agreed about a year and a half ago to cut production for the first time in a decade. I think that that has happened … and then on the demand side, people are simply using more. You’ve got the entire global economy growing in sync for the first time —U.S., China, Europe. That means greater demand.”

Brandus cited even higher figures for this region. 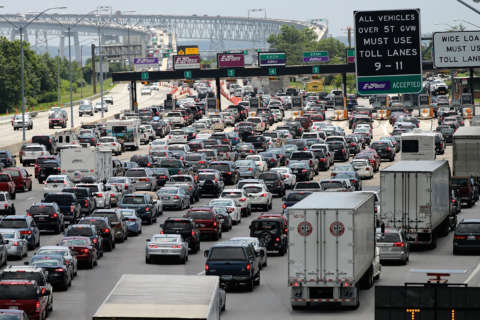