Rolling Thunder returns to DC to honor those we have lost

Thousands of motorcyclists from all across the country are in the D.C. area this weekend for Sunday’s Rolling Thunder motorcycle ride. For them, Rolling Thunder is a symbol of unity.
Listen now to WTOP News WTOP.com | Alexa | Google Home | WTOP App | 103.5 FM
(1/6) 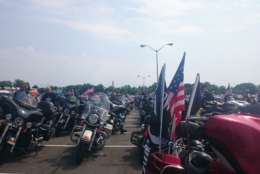 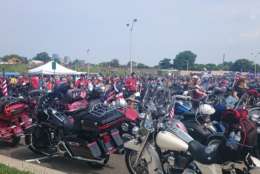 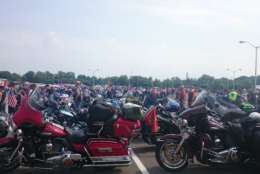 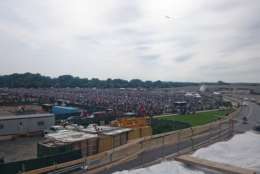 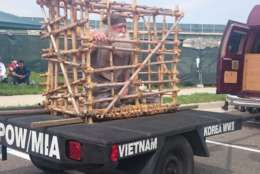 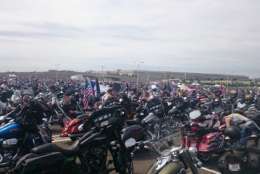 ARLINGTON, Va. — Thousands of motorcyclists from all across the country are in the D.C. area this weekend for Sunday’s Rolling Thunder motorcycle ride.

“It’s amazing, I can’t believe it,” David Evans told WTOP near the Pentagon. “I mean, I’ve been riding a motorcycle a long time but when you see this for the first time, it’s unbelievable.”

The ride started with a gathering at the north parking lot of the Pentagon, where people shared their stories and caught up with others they haven’t seen in years.

They then rode across the Arlington Memorial Bridge into D.C. for a parade.

“I think America is starting to realize how not only us, the Korean vets were treated the same way: no home parade, no nothing. I think they come out now to support us,” Al Beck said. “Probably half of the bikes here or more have never served in the service, but they are here to support the cause.”

For them, Rolling Thunder is a symbol of unity.

“A good share of these people were in combat,” Rod Woodruff said. “They’re covering each other’s behinds all the time. We don’t leave people behind. That’s what this is all about.”

“We are not torn apart. We are every creed, we are every color, we are every religion, we are every make and we are every model and this shows it,” Kimberly Meier said. She made the trip into the D.C. area from Louisville, Kentucky. “Some people are probably scraping up their pennies to get here to put them in their gas tanks, but they are here and they are supporting and I love that.”

And the experience is one not to miss for many, whether it’s their first time riding in Rolling Thunder or their 25th.

“I don’t ride motorcycles, but I ride in this event,” Linda Kuester said.

She is a retired Veterans Affairs nurse.

“I am still devoted to them. And those that aren’t here, we miss them.”

Rolling Thunder began as a demonstration calling on the government to bring those missing in action or held as prisoners of war back home.

Now, it honors those who have served and is a reminder of those we have lost in war.

“Each year, when I am in the parade, it’s finally our parade home,” said Beck.

“And if this kind of gathering of thousands of motorcycles in one place doesn’t get attention, nothing will,” said Marilyn Stemp. 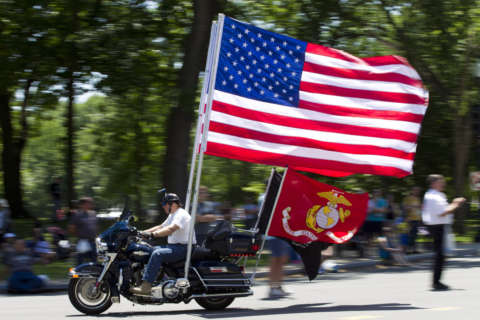 After 30 years, progress made but mission endures for Rolling Thunder 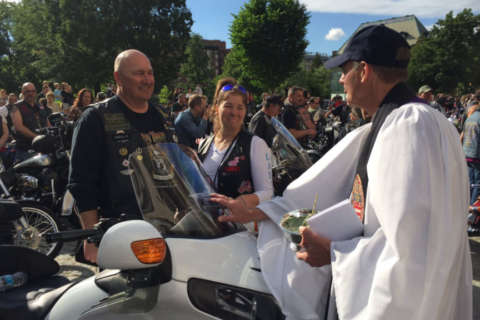 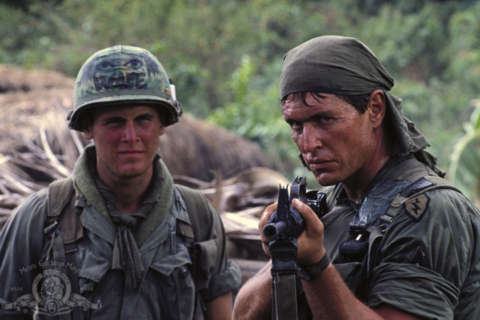