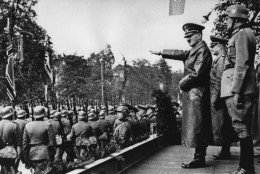 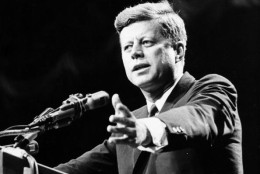 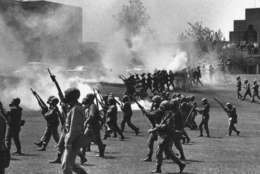 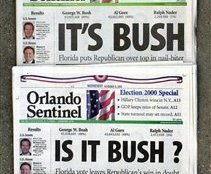 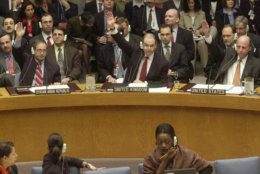 On Nov. 8, 2000, a statewide recount began in Florida, which emerged as critical in deciding the winner of the 2000 presidential election. Earlier that day, Vice President Al Gore had telephoned Texas Gov. George W. Bush to concede, but called back about an hour later to retract his concession.

On Nov. 8, 1861, during the Civil War, the USS San Jacinto intercepted a British mail steamer, the Trent, and detained a pair of Confederate diplomats who were enroute to Europe to seek support for the Southern cause. (Although the Trent Affair strained relations between the United States and Britain, the matter was quietly resolved with the release of the diplomats the following January.)

In 1923, Adolf Hitler launched his first attempt at seizing power in Germany with a failed coup in Munich that came to be known as the “Beer-Hall Putsch.“

In 1972, the premium cable TV network HBO (Home Box Office) made its debut with a showing of the movie “Sometimes a Great Notion.“

In 1974, a federal judge in Cleveland dismissed charges against eight Ohio National Guardsmen accused of violating the civil rights of students who were killed or wounded in the 1970 Kent State shootings.

In 1987, 11 people were killed when an Irish Republican Army bomb exploded as crowds gathered in Enniskillen, Northern Ireland, for a ceremony honoring Britain’s war dead.

In 1994, midterm elections resulted in Republicans winning a majority in the Senate while at the same time gaining control of the House for the first time in 40 years.

In 2004, after a decade, the U.S. dollar was eliminated from circulation in Cuba.

In 2016, Republican Donald Trump was elected America’s 45th president, defeating Democrat Hillary Clinton in an astonishing victory for a celebrity businessman and political novice. Republicans kept their majorities in the Senate and House.

Ten years ago: The embattled president of Afghanistan, Hamid Karzai, pledged there would be no place for corrupt officials in his new administration, as demanded by the U.S and its international partners.

One year ago: Tens of thousands of people fled a fast-moving wildfire in Northern California that would become the state’s deadliest ever, killing 86 people; authorities said the community of Paradise had been nearly destroyed by the flames. In a Supreme Court ceremony attended by President Donald Trump and new acting Attorney General Matthew Whitaker, the court welcomed new Justice Brett Kavanaugh, who had joined the high court the previous month. The Christie’s auction house said a wheelchair used by physicist Stephen Hawking had sold at auction for nearly $400,000, with proceeds going to two charities.