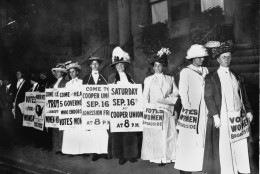 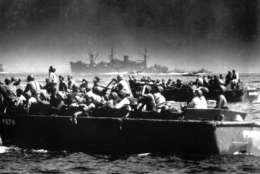 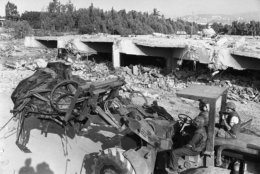 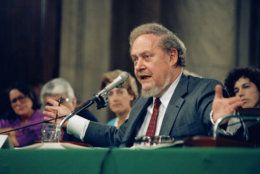 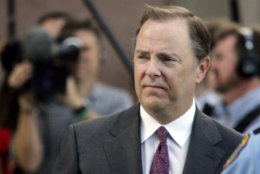 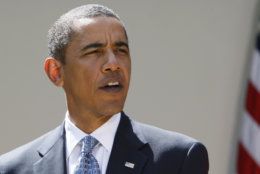 In 1707, the first Parliament of Great Britain, created by the Acts of Union between England and Scotland, held its first meeting.

In 1910, Blanche S. Scott became the first woman to make a public solo airplane flight, reaching an altitude of 12 feet at a park in Fort Wayne, Ind.

In 1915, tens of thousands of women paraded up Fifth Avenue in New York City, demanding the right to vote.

In 1944, the World War II Battle of Leyte (LAY’-tee) Gulf began, resulting in a major Allied victory against Japanese forces.

In 1956, a student-sparked revolt against Hungary’s Communist rule began; as the revolution spread, Soviet forces started entering the country, and the uprising was put down within weeks.

In 1983, 241 U.S. service members, most of them Marines, were killed in a suicide truck-bombing at Beirut International Airport in Lebanon; a near-simultaneous attack on French forces killed 58 paratroopers.

In 1984, BBC Television reported on the famine in Ethiopia; the story, which shocked viewers, prompted rock star Bob Geldof to organize “Band Aid,” a group of celebrities who recorded the song “Do They Know It’s Christmas?” for charity.

In 2001, the nation’s anthrax scare hit the White House with the discovery of a small concentration of spores at an offsite mail processing center.

In 2006, former Enron CEO Jeffrey Skilling was sentenced by a federal judge in Houston to 24 years, four months for his role in the company’s collapse. Eventually 10 years was cut off Skilling’s prison sentence, and he was released to a halfway house in Aug. 2018.

Five years ago: Officials announced that an emergency room doctor who’d recently returned to New York City after treating Ebola patients in West Africa tested positive for the virus, becoming the first case in the city and the fourth in the nation. (Dr. Craig Spencer later recovered.) John “Bull” Bramlett, a former professional football and baseball player who was nicknamed the “Meanest Man in Football,” died in Memphis, Tennessee, at age 73.

One year ago: Turkey’s president demanded that Saudi Arabia identify those who ordered the murder of Saudi journalist Jamal Khashoggi in the Saudi Consulate in Istanbul and turn over the suspects for trial. A lottery ticket sold in South Carolina was the only one to match all six numbers drawn for the Mega Millions jackpot, which totaled $1.537 billion – just short of the record for all U.S. lotteries. China opened the world’s longest sea-crossing bridge, a 34-mile span connecting Hong Kong to the mainland. Sandra Day O’Connor, the first woman to serve on the U.S. Supreme Court, announced that she had been diagnosed with “the beginning stages of dementia, probably Alzheimer’s disease.”