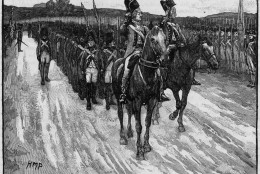 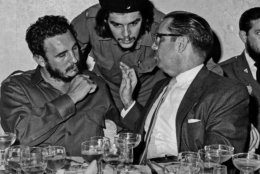 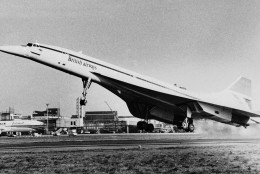 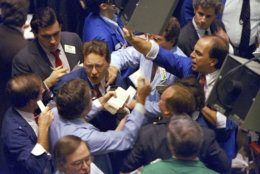 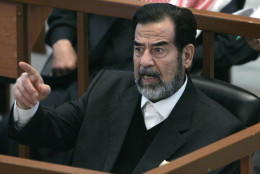 In 1765, the Stamp Act Congress, meeting in New York, adopted a declaration of rights and liberties which the British Parliament ignored.

In 1781, British troops under Gen. Lord Cornwallis surrendered at Yorktown, Virginia, as the American Revolution neared its end.

In 1814, the first documented public performance of “The Star-Spangled Banner” took place at the Holliday Street Theater in Baltimore.

In 1960, the United States began a limited embargo against Cuba covering all commodities except medical supplies and certain food products.

In 1977, the supersonic Concorde made its first landing in New York City.

In 1982, automaker John Z. DeLorean was arrested by federal agents in Los Angeles, accused of conspiring to sell $24 million of cocaine to salvage his business. (DeLorean was acquitted at trial on grounds of entrapment.)

In 1994, 22 people were killed as a terrorist bomb shattered a bus in the heart of Tel Aviv’s shopping district.

In 2001, U.S. special forces began operations on the ground in Afghanistan, opening a significant new phase of the assault against the Taliban and al-Qaida.

In 2005, a defiant Saddam Hussein pleaded innocent to charges of premeditated murder and torture as his trial opened under heavy security in the former headquarters of his Baath Party in Baghdad.

In 2008, retired Gen. Colin Powell, a Republican who was President George W. Bush’s first secretary of state, broke with the party and endorsed Democrat Barack Obama for president, calling him a “transformational figure” during an appearance on NBC’s “Meet the Press.”

In 2017, Puerto Rico Gov. Ricardo Rossello, meeting with President Donald Trump at the White House about a month after Hurricane Maria, described the situation in the island territory as “catastrophic”; Trump rated the White House response to the disaster as a “10.”

Ten years ago: The Justice Department issued a new policy memo, telling prosecutors that pot-smoking patients or their sanctioned suppliers should not be targeted for federal prosecution in states that allowed medical marijuana. Actor Joseph Wiseman, 91, who played the sinister Dr. No in the first James Bond feature film, died in New York City. Mass killer Howard Unruh, who took 13 lives during a 1949 rampage in Camden, New Jersey, died in a Trenton nursing facility at age 88.

One year ago: In the first federal case alleging foreign interference in the 2018 midterm elections, U.S. authorities accused a Russian woman of helping oversee the finances of a sweeping effort to sway American public opinion through social media. On the same day, U.S. intelligence agencies asserted that Russia, China, Iran and other countries were engaged in continuous efforts to influence American policy and voters in the upcoming elections and beyond. A speeding train ran over a crowd watching fireworks during a religious festival in northern India, killing at least 60 people. No ticket matched all six numbers for an estimated $1 billion prize in the Mega Millions lottery drawing, sending the jackpot toward a record $1.6 billion for the next drawing four days later.