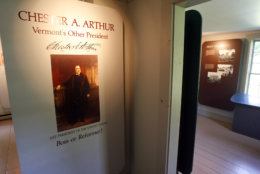 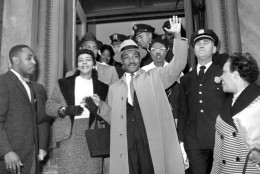 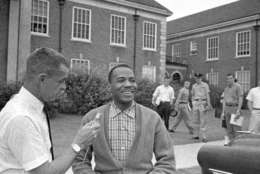 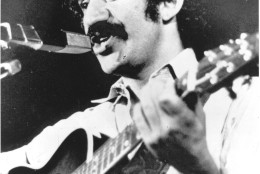 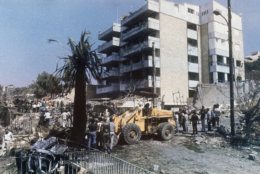 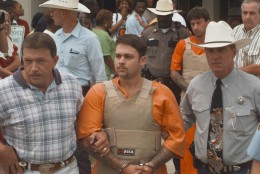 On Sept. 20, 2001, during an address to a joint session of Congress, President George W. Bush announced a new Cabinet-level office to fortify homeland security and named Pennsylvania Governor Tom Ridge its director.

In 1519, Portuguese explorer Ferdinand Magellan and his crew set out from Spain on five ships to find a western passage to the Spice Islands. (Magellan was killed enroute, but one of his ships eventually circled the world.)

In 1873, panic swept the floor of the New York Stock Exchange in the wake of railroad bond defaults and bank failures.

In 1881, Chester A. Arthur was sworn in as the 21st president of the United States, succeeding the assassinated James A. Garfield.

In 1958, Martin Luther King Jr. was seriously wounded during a book signing at a New York City department store when he was stabbed in the chest by Izola Curry. (Curry was later found mentally incompetent; she died at a Queens, New York, nursing home in 2015 at age 98.)

In 1962, James Meredith, a black student, was blocked from enrolling at the University of Mississippi by Democratic Gov. Ross R. Barnett. (Meredith was later admitted.)

In 1963, President Kennedy proposed a joint U-S-Soviet expedition to the moon.

In 1976, Playboy magazine released an interview in which Democratic presidential nominee Jimmy Carter admitted he’d “looked on a lot of women with lust.”

In 1984, a suicide car bomber attacked the U.S. Embassy annex in north Beirut, killing at least 14 people, including two Americans and 12 Lebanese. The family sitcoms “The Cosby Show” and “Who’s the Boss?” premiered on NBC and ABC, respectively.

In 1995, in a move that stunned Wall Street, AT&T Corporation announced it was splitting into three companies.

In 1999, Lawrence Russell Brewer became the second white supremacist to be convicted in the dragging death of James Byrd Jr. in Jasper, Texas. (Brewer was executed on September 21, 2011.) Raisa Gorbachev, wife of the last Soviet leader, Mikhail Gorbachev (mih-kah-EEL’ gohr-bah-CHAHV’), died at a German hospital after a battle with leukemia; she was 67.

In 2004, CBS News apologized for a “mistake in judgment” in its story questioning President George W. Bush’s National Guard service, saying it could not vouch for the authenticity of documents featured in the report.

In 2017, Hurricane Maria, the strongest hurricane to hit Puerto Rico in more than 80 years, struck the island, wiping out as much as 75 percent of the power distribution lines and causing an island-wide blackout. Rescuers worked furiously at a collapsed school in Mexico City where a girl was believed trapped under debris in the aftermath of a deadly earthquake; it was later determined that no children were still trapped in the debris.

Ten years ago: Blanketing most of the Sunday TV news shows, President Barack Obama said requiring people to get health insurance, and fining them if they didn’t, would not amount to a backhanded tax increase. At the Emmy Awards, best drama and comedy series trophies went to repeat winners “Mad Men” and “30 Rock.” The first game at the Cowboys Stadium set an NFL regular-season attendance record with a crowd of 105,121, and most of them went home disappointed after the New York Giants won, 33-31.

One year ago: A woman working a temporary job at a drugstore warehouse in Maryland opened fire on colleagues, killing three before taking her own life. A wave of buying sent U.S. stocks solidly higher, driving the Dow Jones Industrial Average above the all-time high it closed at in January. Japanese Prime Minister Shinzo Abe (shin-zoh AH’-bay) was re-elected as head of his ruling Liberal Democratic party in a landslide.