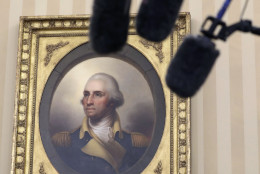 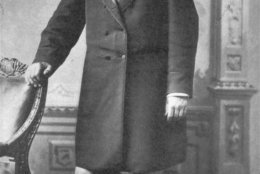 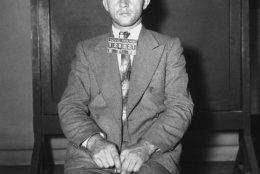 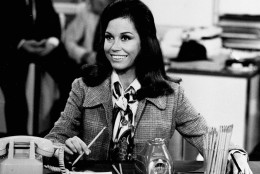 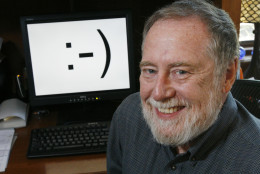 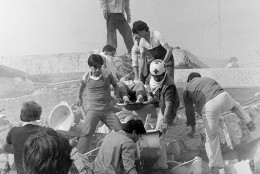 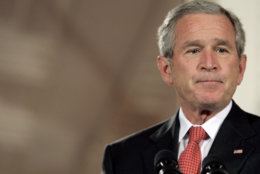 On Sept. 19, 2008, struggling to stave off financial catastrophe, the Bush administration laid out a radical bailout plan calling for a takeover of a half-trillion dollars or more in worthless mortgages and other bad debt held by tottering institutions. Relieved investors sent stocks soaring on Wall Street and around the globe.

In 1777, the first Battle of Saratoga was fought during the Revolutionary War; although British forces succeeded in driving out the American troops, the Americans prevailed in a second battle the following month.

In 1796, President George Washington’s farewell address was published. In it, America’s first chief executive advised, “Observe good faith and justice toward all nations. Cultivate peace and harmony with all.”

In 1881, the 20th president of the United States, James A. Garfield, died 2½ months after being shot by Charles Guiteau; Chester Alan Arthur became president.

In 1934, Bruno Hauptmann was arrested in New York and charged with the kidnap-murder of 20-month-old Charles A. Lindbergh Jr.

In 1982, the smiley emoticon was invented by Carnegie Mellon University professor Scott E. Fahlman, who suggested punctuating humorously intended computer messages with a colon followed by a hyphen and a parenthesis as a horizontal “smiley face.” 🙂

In 1985, the Mexico City area was struck by a devastating earthquake that killed at least 9,500 people.

In 1986, federal health officials announced that the experimental drug AZT would be made available to thousands of AIDS patients.

In 1995, The New York Times and The Washington Post published the manifesto of Unabomber Ted Kaczynski (kah-ZIHN’-skee), which proved instrumental in identifying and capturing him.

In 1996, IBM announced it would extend health benefits to the partners of its gay employees.

In 2001, The Pentagon ordered dozens of advanced aircraft to the Persian Gulf region as the hour of military retaliation for deadly terrorist attacks on Sept. 11 drew closer.

In 2004, Hu Jintao (hoo jin-tow) became the undisputed leader of China with the departure of former President Jiang Zemin (jahng zuh-MEEN’) from his top military post.

Ten years ago: Russia said it would scrap a plan to deploy missiles near Poland after Washington dumped a planned missile shield in Eastern Europe. Art Ferrante, 88, half of the piano duo Ferrante and Teicher, died in Longboat Key, Florida. (Lou Teicher had died in 2008 at age 83.)

Five years ago: President Barack Obama signed legislation authorizing the military to arm and train moderate Syrian rebels fighting Islamic State militants in the Middle East. Shortly after President Obama and his daughters left the White House by helicopter, a man with a knife jumped the fence and made it into the presidential residence before being tackled. (Omar Gonzalez, an Army veteran with mental health issues, was later sentenced to 17 months in prison.) Chinese e-commerce giant Alibaba debuted as a publicly traded company and swiftly climbed nearly 40 percent in a mammoth IPO.

One year ago: President Donald Trump visited North and South Carolina to survey the wreckage left by Hurricane Florence. Wanda Barzee, who had helped her then-husband kidnap Utah teen Elizabeth Smart 15 years earlier, was released from prison; Smart had said she was shocked and disappointed by the news that Barzee would be freed.