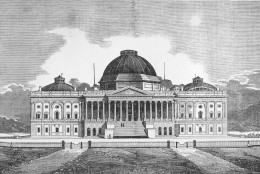 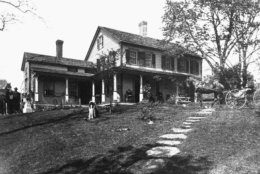 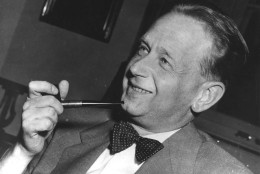 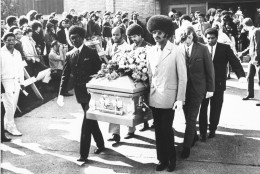 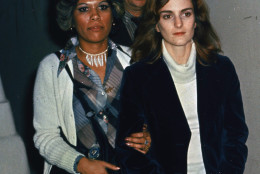 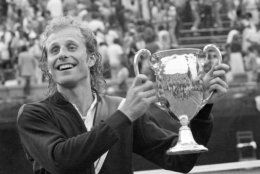 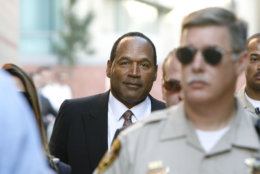 On Sept. 18, 1793, President George Washington laid the cornerstone of the U.S. Capitol.

In 1850, Congress passed the Fugitive Slave Act, which created a force of federal commissioners charged with returning escaped slaves to their owners.

In 1940, Harper and Brothers published “You Can’t Go Home Again” by Thomas Wolfe, two years after the author’s death.

In 1947, the National Security Act, which created a National Military Establishment and the position of Secretary of Defense, went into effect.

In 1959, during his U.S. tour, Soviet leader Nikita Khrushchev visited Wall Street, the Empire State Building and the grave of President Franklin D. Roosevelt; in a speech to the U.N. General Assembly, Khrushchev called on all countries to disarm.

In 1964, the situation comedy “The Addams Family,” inspired by the Charles Addams cartoons, premiered on ABC-TV.

In 1975, newspaper heiress Patricia Hearst was captured by the FBI in San Francisco, 19 months after being kidnapped by the Symbionese Liberation Army.

In 1990, The organized crime drama “GoodFellas,” directed by Martin Scorsese, had its U.S. premiere in New York.

In 2001, a week after the Sept. 11 attack, President George W. Bush said he hoped to “rally the world” in the battle against terrorism and predicted that all “people who love freedom” would join. Letters postmarked Trenton, N.J., that later tested positive for anthrax were sent to the New York Post and NBC anchorman Tom Brokaw.

In 2007, O.J. Simpson was charged with seven felonies, including kidnapping, in the alleged armed robbery of sports memorabilia collectors in a Las Vegas casino-hotel room. (Simpson, sentenced to nine to 33 years in prison, was released on parole in October 2017.)

Ten years ago: Tens of thousands of protesters rallied in defiance of Iran’s Islamic leadership, clashing with police and confronting state-run anti-Israel rallies. Writer-editor Irving Kristol, known as the godfather of neoconservatism, died at 89. The final episode of “Guiding Light” aired on CBS, ending a 72-year run on radio and television.

Five years ago: In a show of solidarity with Ukraine, President Barack Obama welcomed the new president of the embattled former Soviet republic, Petro Poroshenko, to the White House. Congress cleared the way for the U.S. military to train and equip Syrian rebels for a war against Islamic Group militants. Home Depot said a data breach that lasted for months at its stores in the U.S. and Canada had affected 56 million debit and credit cards. Voters in Scotland rejected independence, opting to remain part of the United Kingdom in a historic referendum. The Royal and Ancient Golf Club at St. Andrews, Scotland, ended years of male-only exclusivity as its members voted overwhelmingly in favor of inviting women to join.

One year ago: The death toll from Hurricane Florence rose to at least 37 in three states; the victims include two female detainees being taken to a mental health facility in a van that was overtaken by water in South Carolina. China announced tax increases on $60 billion worth of U.S. imports, a day after the U.S. announcement of new tariffs on $200 billion worth of Chinese-made goods. Russia said a Russian reconnaissance aircraft was shot down by a Syrian missile over the Mediterranean Sea, killing all 15 people on board; the Russians blamed Israel, saying the plane was caught in the crossfire as four Israeli fighters attacked targets in Syria.