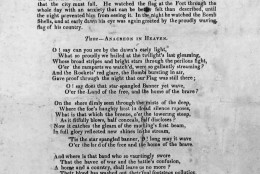 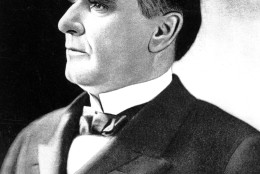 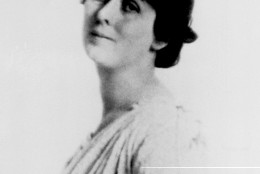 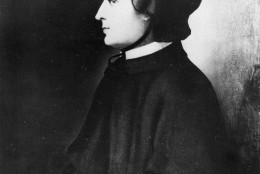 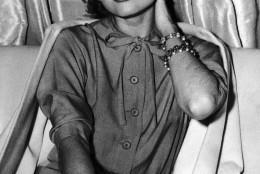 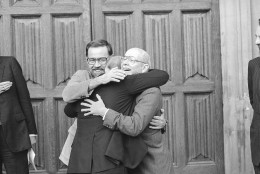 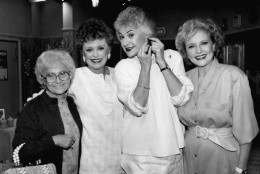 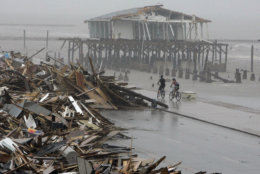 On Sept. 14, 1814, Francis Scott Key was inspired to write the poem “Defence of Fort McHenry” (later “The Star-Spangled Banner”) after witnessing the American flag flying over the Maryland fort following a night of British naval bombardment during the War of 1812.

In 1847, during the Mexican-American War, U.S. forces under Gen. Winfield Scott took control of Mexico City.

In 1861, the first naval engagement of the Civil War took place as the USS Colorado attacked and sank the Confederate private schooner Judah off Pensacola, Florida.

In 1927, modern dance pioneer Isadora Duncan died in Nice (nees), France, when her scarf became entangled in a wheel of the sports car she was riding in.

In 1954, the Soviet Union detonated a 40-kiloton atomic test weapon.

In 1963, Mary Ann Fischer of Aberdeen, S.D., gave birth to four girls and a boy, the first known surviving quintuplets in the United States.

In 1982, Princess Grace of Monaco, formerly actress Grace Kelly, died at age 52 of injuries from a car crash the day before; Lebanon’s president-elect, Bashir Gemayel (bah-SHEER’ jeh-MAY’-el), was killed by a bomb.

In 1991, the government of South Africa, the African National Congress and the Inkatha (in-KAH’-tah) Freedom Party signed a national peace pact.

In 1994, on the 34th day of a strike by players, Acting Baseball Commissioner Bud Selig announced the 1994 season was over.

In 2001, Americans packed churches and clogged public squares on a day of remembrance for the victims of the Sept. 11 attacks. President George W. Bush prayed with his Cabinet and attended services at Washington National Cathedral, then flew to New York, where he waded into the ruins of the World Trade Center and addressed rescue workers in a flag-waving, bullhorn-wielding show of resolve.

In 2012, fury over an anti-Muslim film ridiculing the Prophet Muhammad spread across the Muslim world, with deadly clashes near Western embassies in Tunisia and Sudan, an American fast-food restaurant set ablaze in Lebanon, and international peacekeepers attacked in the Sinai.

Ten years ago: Lecturing Wall Street on its own turf, President Barack Obama warned financial leaders not to use the recovering economy to race back into “reckless behavior” that could cause a new meltdown. Death claimed “Dirty Dancing” star Patrick Swayze at 57; former White House press secretary Jody Powell at age 65; and comic character actor Henry Gibson at age 73. Roger Federer let the U.S. Open championship slip from his grasp two points from victory as sixth-seeded Juan Martin del Potro of Argentina won his first Grand Slam title by upsetting the No. 1-seeded Federer 3-6, 7-6 (5), 4-6, 7-6 (4), 6-2.

Five years ago: North Korea’s Supreme Court sentenced Matthew Miller, a 24-year-old American, to six years with labor for entering the country illegally and trying to commit an act of espionage. (Miller was released in November 2014 along with another detained American, Kenneth Bae.) South Korean teenager Hyo-Joo Kim beat Australian veteran Karrie Webb by one shot to win the Evian Championship and become the third youngest major winner at 19 years, 2 months. Miss New York Kira Kazantsev won the Miss America pageant in Atlantic City, New Jersey. (For her talent performance, Kazantsev sang Pharrell Williams’ “Happy” while sitting cross-legged on the stage and banging a red plastic cup on the floor.)

One year ago: Hurricane Florence blew ashore with 90 mph winds, swamping entire communities along the Carolina coast. President Donald Trump’s former campaign chairman Paul Manafort agreed to cooperate with the special counsel’s investigation into Russian interference in the 2016 election; Manafort pleaded guilty to two federal crimes and avoided a second trial. In a statement released by the White House, Supreme Court nominee Brett Kavanaugh denied an allegation of sexual misconduct from when he was in high school, saying, “I did not do this back in high school or at any time.”