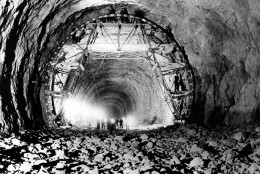 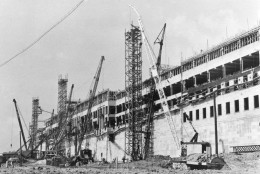 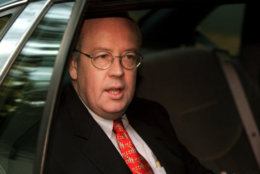 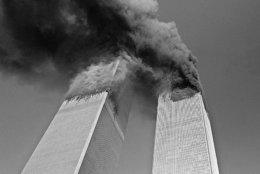 On Sept. 11, 2001, America faced an unprecedented day of terror as 19 al-Qaida members hijacked four passenger jetliners, sending two of the planes smashing into New York’s World Trade Center, one into the Pentagon and the fourth into a field in western Pennsylvania, resulting in nearly 3,000 deaths.

In 1789, Alexander Hamilton was appointed the first U.S. Secretary of the Treasury.

In 1814, an American fleet scored a decisive victory over the British in the Battle of Lake Champlain in the War of 1812.

In 1941, groundbreaking took place for the Pentagon. In a speech that drew accusations of anti-Semitism, Charles A. Lindbergh told an America First rally in Des Moines, Iowa, that “the British, the Jewish and the Roosevelt administration” were pushing the United States toward war.

In 1967, the comedy-variety program “The Carol Burnett Show” premiered on CBS.

In 1970, Ford Motor Co. introduced the Pinto, a compact that would become caught up in controversy over the safety of its gas tank. (The Pinto was discontinued in 1980.)

In 2006, in a prime-time address, President George W. Bush invoked the memory of the victims of the 9/11 attacks as he staunchly defended the war in Iraq, though he acknowledged that Saddam Hussein was not responsible for the attacks.

In 2007, a new Osama bin Laden videotape was released on the sixth anniversary of 9/11; in it, the al-Qaida leader’s voice is heard commemorating one of the suicide hijackers and calling on young Muslims to follow his example by martyring themselves in attacks.

In 2008, presidential candidates John McCain and Barack Obama put aside politics as they visited ground zero together on the anniversary of 9/11 to honor its victims.

In 2012, a mob armed with guns and grenades launched a fiery nightlong attack on a U.S. diplomatic outpost and a CIA annex in Benghazi, Libya, killing U.S. Ambassador Chris Stevens and three other Americans.

Ten years ago: On his first 9/11 anniversary as president, Barack Obama urged Americans to come together in service just as they united after the terrorist attacks. Anti-abortion activist James Pouillon (PUHL’-yuhn) was shot to death near a high school in Owosso, Michigan. (Harlan James Drake was convicted of first-degree murder in the killing of Pouillon and the owner of a gravel pit, Mike Fuoss, and sentenced to life in prison.) Death claimed Hollywood writer Larry Gelbart at age 81 and poet and punk rocker Jim Carroll at age 60.

Five years ago: In a joint statement, 10 Arab states promised to “do their share” to fight Islamic State militants, but NATO member Turkey refused to join in.

One year ago: About 1.7 million people in three states were warned to get out of the way of Hurricane Florence, which was taking dead aim on the Carolinas. With Florence bearing down on the Southeast coast, President Donald Trump turned attention back to the federal government response to Hurricane Maria in Puerto Rico a year earlier, deeming it “incredibly successful” despite a recent federal report finding that nearly 3,000 people died.