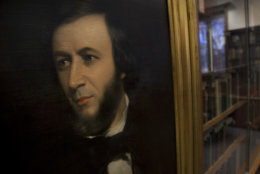 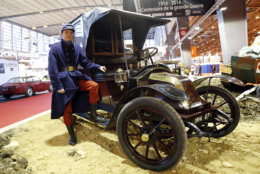 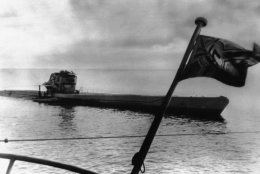 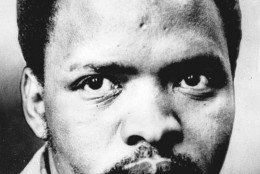 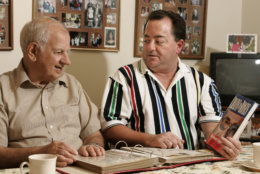 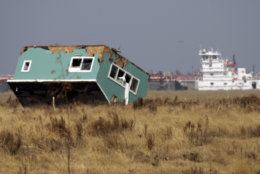 On Sept. 12, 1942, during World War II, a German U-boat off West Africa torpedoed the RMS Laconia, which was carrying Italian prisoners of war, British soldiers and civilians; it’s estimated more than 1,600 people died while some 1,100 survived after the ship sank. The German crew, joined by other U-boats, began rescue operations. (On September 16, the rescue effort came to an abrupt halt when the Germans were attacked by a U.S. Army bomber; as a result, U-boat commanders were ordered to no longer rescue civilian survivors of submarine attacks.)

In 1914, during World War I, the First Battle of the Marne ended in an Allied victory against Germany.

In 1958, the U.S. Supreme Court, in Cooper v. Aaron, unanimously ruled that Arkansas officials who were resisting public school desegregation orders could not disregard the high court’s rulings.

In 1959, the Soviet Union launched its Luna 2 space probe, which made a crash landing on the moon. The TV Western series “Bonanza” premiered on NBC.

In 1960, Democratic presidential candidate John F. Kennedy addressed questions about his Roman Catholic faith, telling the Greater Houston Ministerial Association, “I do not speak for my church on public matters, and the church does not speak for me.”

In 1986, Joseph Cicippio (sih-SIH’-pee-oh), the acting comptroller at the American University in Beirut, was kidnapped (he was released in December 1991).

In 1987, reports surfaced that Democratic presidential candidate Joseph Biden had borrowed, without attribution, passages of a speech by British Labour Party leader Neil Kinnock (KIHN’-ik) for one of his own campaign speeches. (The Kinnock report, along with other damaging revelations, prompted Biden to drop his White House bid.)

In 1992, the space shuttle Endeavour blasted off, carrying with it Mark Lee and Jan Davis, the first married couple in space; Mae Jemison, the first black woman in space; and Mamoru Mohri, the first Japanese national to fly on a U.S. spaceship. Police in Peru captured Shining Path founder Abimael Guzman. Actor Anthony Perkins died in Hollywood at age 60.

In 1994, a stolen, single-engine Cessna crashed into the South Lawn of the White House, coming to rest against the executive mansion; the pilot, Frank Corder, was killed.

In 2012, the U.S. dispatched an elite group of Marines to Tripoli, Libya, after the mob attack in Benghazi that killed the U.S. ambassador and three other Americans. President Barack Obama strongly condemned the violence, and vowed to bring the killers to justice; Republican challenger Mitt Romney accused the administration of showing weakness in the face of tumultuous events in the Middle East.

Ten years ago: A Metrolink commuter train struck a freight train head-on in Los Angeles, killing 25 people. (Federal investigators said the Metrolink engineer, Robert Sanchez, who was among those who died, had been text-messaging on his cell phone and ran a red light shortly before the crash.) Hurricane Ike began battering the Texas coast. Grand Ole Opry star Charlie Walker died in Hendersonville, Tenn. at age 81.

Five years ago: Omar Hammami, an American who became one of Somalia’s most visible Islamic rebels, was killed by rivals in the al-Qaida-linked extremist group al-Shabab. The U.S. space agency NASA announced that Voyager 1, launched 36 years earlier, had crossed a new frontier, becoming the first man-made spacecraft ever to leave the solar system. American inventor Ray Dolby, 80, founder of Dolby Laboratories, died in San Francisco.

One year ago: Crews worked to repair the lone highway connecting the Florida Keys, where 25 percent of the homes were feared to have been destroyed by Hurricane Irma; more than 9 million Floridians, or nearly half the state’s population, were still without power in the late-summer heat. Seattle Mayor Ed Murray announced that he was resigning amid sex abuse allegations. Gay rights pioneer Edith Windsor, whose landmark Supreme Court case struck down parts of a federal anti-gay-marriage law, died in New York at the age of 88.