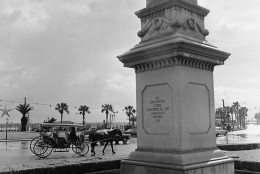 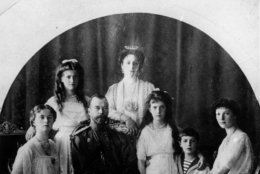 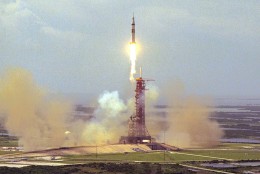 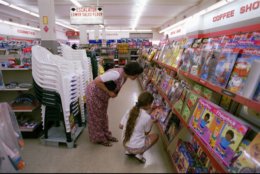 In 1821, Spain ceded Florida to the United States.

In 1862, during the Civil War, Congress approved the Second Confiscation Act, which declared that all slaves taking refuge behind Union lines were to be set free.

In 1918, Russia’s Czar Nicholas II and his family were executed by the Bolsheviks.

In 1944, during World War II, 320 men, two-thirds of them African-Americans, were killed when a pair of ammunition ships exploded at the Port Chicago Naval Magazine in California.

In 1954, the two-day inaugural Newport Jazz Festival, billed as “The First American Jazz Festival,” opened in Rhode Island; among the performers the first night was Billie Holiday, who died in New York on this date in 1959 at age 44.

In 1955, Disneyland had its opening day in Anaheim, California.

In 1975, an Apollo spaceship docked with a Soyuz spacecraft in orbit in the first superpower link-up of its kind.

In 1981, 114 people were killed when a pair of suspended walkways above the lobby of the Kansas City Hyatt Regency Hotel collapsed during a tea dance.

In 1997, Woolworth Corp. announced it was closing its 400 remaining five-and-dime stores across the country, ending 117 years in business.

Ten years ago: Former CBS anchorman Walter Cronkite died in New York at 92. Bombs ripped through two luxury hotels in Jakarta, Indonesia, killing seven victims and wounding at least 50 more. The space shuttle Endeavour arrived at the international space station to deliver the third and final component of a billion-dollar Japanese lab. Gordon Waller, of the pop duo Peter and Gordon, died in Norwich, Connecticut, at 64.

Five years ago: Eric Garner, an unarmed black man accused of selling loose, untaxed cigarettes, died shortly after being wrestled to the ground by New York City police officers; a video of the takedown showed Garner repeatedly saying, “I can’t breathe.” (Garner’s family received $5.9 million from the city in 2015 to settle a wrongful death claim.) All 298 passengers and crew aboard Malaysia Airlines Flight 17 were killed when the Boeing 777 was shot down over rebel-held eastern Ukraine; both Ukraine’s government and pro-Russian separatists denied responsibility. Broadway performer Elaine Stritch, 89, died in Birmingham, Michigan.

One year ago: Amid criticism from within his own party, President Donald Trump said he had simply misspoken when he said during his summit with Vladimir Putin that he saw no reason to believe Russia had interfered in the 2016 U.S. election. Former President Barack Obama, speaking in South Africa, denounced Trump’s policies without mentioning his name; Obama took aim at the “politics of fear, resentment, retrenchment,” and decried leaders who are caught lying and “just double down and lie some more.” Alex Bregman and George Springer hit back-to-back homers in the 10th inning, and the American League beat the National League 8-6 in an All-Star Game that included a record 10 home runs.