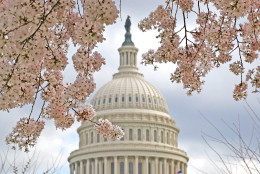 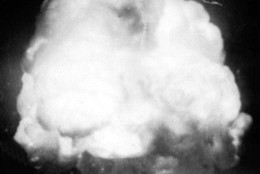 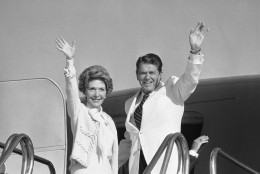 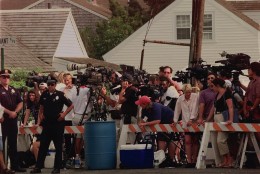 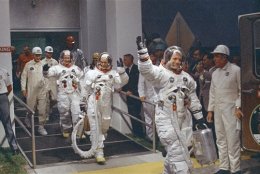 On July 16, 1969, Apollo 11 blasted off from Cape Kennedy on the first manned mission to the surface of the moon.

In 1790, a site along the Potomac River was designated the permanent seat of the United States government; the area became Washington, D.C.

In 1945, the United States exploded its first experimental atomic bomb in the desert of Alamogordo (ahl-ah-moh-GOHR’-doh), New Mexico; the same day, the heavy cruiser USS Indianapolis left Mare (mar-AY’) Island Naval Shipyard in California on a secret mission to deliver atomic bomb components to Tinian Island in the Marianas.

In 1964, as he accepted the Republican presidential nomination in San Francisco, Barry M. Goldwater declared that “extremism in the defense of liberty is no vice” and that “moderation in the pursuit of justice is no virtue.”

In 1981, singer Harry Chapin was killed when his car was struck by a tractor-trailer on New York’s Long Island Expressway.

In 1999, John F. Kennedy Jr., his wife, Carolyn, and her sister, Lauren Bessette (bih-SEHT’), died when their single-engine plane, piloted by Kennedy, plunged into the Atlantic Ocean near Martha’s Vineyard, Massachusetts.

In 2002, the Irish Republican Army issued an unprecedented apology for the deaths of “noncombatants” over 30 years of violence in Northern Ireland.

In 2004, Martha Stewart was sentenced to five months in prison and five months of home confinement by a federal judge in New York for lying about a stock sale.

In 2008, Florida resident Casey Anthony, whose 2-year-old daughter, Caylee, had been missing a month, was arrested on charges of child neglect, making false official statements and obstructing a criminal investigation. (Casey Anthony was later acquitted at trial of murdering Caylee, whose skeletal remains were found in December 2008; she was convicted of lying to police.)

Ten years ago: Saying that civil rights leaders from decades past had paved the way for his election as the nation’s first black commander in chief, President Barack Obama paid homage to the NAACP during a convention in New York, and advised members that their work remained unfinished. In an embarrassing acknowledgement, NASA admitted that in all likelihood, it had recorded over the original videotapes of the Apollo 11 moon landing.

Five years ago: The U.S. and the European Union imposed new economic sanctions on Russia; in his announcement, President Barack Obama said, “What we are expecting is that the Russian leadership will see once again that its actions in Ukraine have consequences.” Texas blues legend Johnny Winter, 70, died in Zurich.

One year ago: After meeting with Russian President Vladimir Putin in Helsinki, President Donald Trump openly questioned the finding of his own intelligence agencies that Russia had meddled in the 2016 U.S. election to his benefit. (Trump said a day later that he misspoke.) Federal prosecutors said a 29-year-old gun rights activist, Maria Butina, had been arrested on charges that she served as a covert Russian agent while living in Washington, gathering intelligence on American officials and political organizations. (Butina was sentenced to 18 months in prison after admitting gathering intelligence on the NRA and other groups at the direction of a former Russian lawmaker.) Bryce Harper of the Washington Nationals won the All-Star Home Run Derby in his home ballpark, beating Kyle Schwarber of the Chicago Cubs 19-18.

historical photos | july 16 | on this date | Today in History