FILE - In this April 21, 2010, file photo, the Deepwater Horizon oil rig burns in the Gulf of Mexico, more than 50 miles southeast of Venice, La. More than two years after the Gulf of Mexico oil spill in 2010, BP agreed to plead guilty to several charges, including lying to Congress about how much oil was spewing from the blown-out well. (AP Photo/Gerald Herbert, File)

Here are some events that have happened on this date.
(1/7) 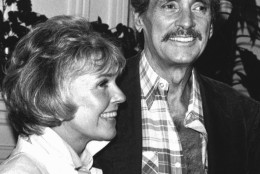 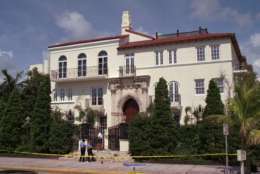 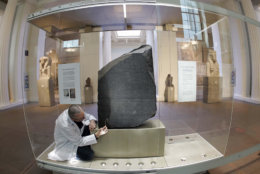 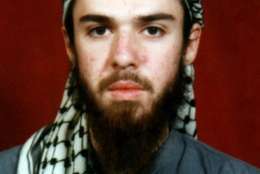 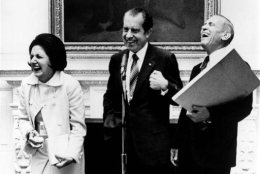 On July 15, 1976, a 36-hour kidnap ordeal began for 26 schoolchildren and their bus driver as they were abducted near Chowchilla, California, by three gunmen and imprisoned in an underground cell. (The captives escaped unharmed; the kidnappers were caught.)

In 1834, the Spanish Inquisition was abolished more than 3 1/2 centuries after its creation.

In 1870, Georgia became the last Confederate state to be readmitted to the Union. Manitoba entered confederation as the fifth Canadian province.

In 1910, the term “Alzheimer’s disease” was used to describe a progressive form of presenile dementia in the book “Clinical Psychiatry” by German psychiatrist Emil Kraepelin, who credited the work of his colleague, Alois (al-WAH’) Alzheimer, in identifying the condition.

In 1971, President Richard Nixon delivered a televised address in which he announced that he had accepted an invitation to visit the People’s Republic of China.

In 1983, eight people were killed when a suitcase bomb planted by Armenian extremists exploded at the Turkish Airlines counter at Orly Airport in Paris.

In 1985, a visibly gaunt Rock Hudson appeared at a news conference with actress Doris Day (it was later revealed Hudson was suffering from AIDS).

In 2002, John Walker Lindh, an American who’d fought alongside the Taliban in Afghanistan, pleaded guilty in federal court in Alexandria, Virginia, to two felonies in a deal sparing him life in prison.

In 2008, in an All-Star game that began at dusk and ended at 1:37 a.m. the next morning, the American League defeated the National League 4-3 in 15 innings at Yankee Stadium.

In 2010, after 85 days, BP stopped the flow of oil from a blown-out well in the Gulf of Mexico using a 75-ton cap lowered onto the wellhead earlier in the week.

Ten years ago: A Russian-made Iranian jetliner carrying 168 people crashed after taking off from Tehran, killing everyone aboard. After more than a month’s delay, space shuttle Endeavour and seven astronauts thundered into orbit on a flight to the international space station.

Five years ago: Israel resumed heavy bombing of Gaza after the Islamic militant group Hamas rejected an Egyptian truce plan and instead unleashed more rocket barrages at the Jewish state. A suicide bomber blew up a car packed with explosives near a busy market and a mosque in eastern Afghanistan, killing at least 89 people. More than 20 people died when a Moscow subway train derailed during rush hour.

One year ago: President Donald Trump arrived in Finland for a summit with Russian President Vladimir Putin. Earlier, in an interview with CBS News, Trump named the European Union as a top adversary of the United States. France won its second World Cup title, beating Croatia 4-2 in the final in Moscow. Novak Djokovic (NOH’-vak JOH’-kuh-vich) captured his fourth Wimbledon title, defeating Kevin Anderson 6-2, 6-2, 7-6 (3); it was Djokovic’s 13th major trophy, but his first in more than two years. A wildfire that killed a California firefighter forced the closure of a key route into Yosemite National Park.