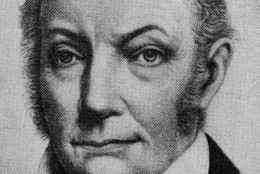 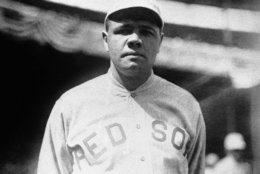 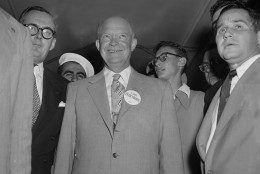 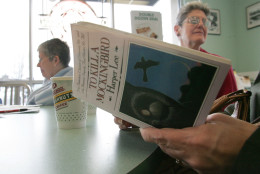 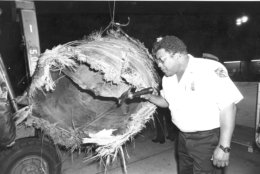 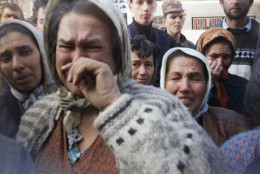 On July 11, 1972, the World Chess Championship opened as grandmasters Bobby Fischer of the United States and defending champion Boris Spassky of the Soviet Union began play in Reykjavik, Iceland. (Fischer won after 21 games.)

In 1859, Big Ben, the great bell inside the famous London clock tower, chimed for the first time.

In 1914, Babe Ruth made his Major League baseball debut, pitching the Boston Red Sox to a 4-3 victory over Cleveland.

In 1915, the Chicago Sunday Tribune ran an article titled, “Blues Is Jazz and Jazz Is Blues.” (It’s believed to be one of the earliest, if not the earliest, uses of the word “jazz” as a musical term by a newspaper.)

In 1937, American composer and pianist George Gershwin died at a Los Angeles hospital of a brain tumor; he was 38.

In 1955, the U.S. Air Force Academy swore in its first class of cadets at its temporary quarters at Lowry Air Force Base in Colorado.

In 1960, the novel “To Kill a Mockingbird” by Harper Lee was first published by J.B. Lippincott and Co.

In 1979, the abandoned U.S. space station Skylab made a spectacular return to Earth, burning up in the atmosphere and showering debris over the Indian Ocean and Australia.

In 1995, the U.N.-designated “safe haven” of Srebrenica (sreh-breh-NEET’-sah) in Bosnia-Herzegovina fell to Bosnian Serb forces, who then carried out the killings of more than 8,000 Muslim men and boys. The United States normalized relations with Vietnam.

In 2017, emails released by Donald Trump Jr. revealed that he’d been told before meeting with a Russian attorney during the presidential campaign that the Russian government had information that could “incriminate” Hillary Clinton. MSNBC “Morning Joe” host and former Republican congressman Joe Scarborough announced that he was leaving the Republican party, partly because of its loyalty to President Donald Trump.

Ten years ago: During a visit to sub-Saharan Africa, President Barack Obama addressed Ghana’s Parliament, where he challenged the continent of his ancestors to shed corruption and conflict in favor of peace. Funeral services were held in Hattiesburg, Mississippi, for former NFL star Steve McNair, who had been shot to death in Nashville a week earlier by Sahel Kazemi (sah-HEHL’ kah-ZEE’-mee), who then took her own life.

Five years ago: House Appropriations Chairman Hal Rogers, R-Ky., said that President Barack Obama’s $3.7 billion emergency request to deal with tens of thousands of unaccompanied children arriving at the U.S.-Mexico border was too big to get through the House, as a growing number of Democrats rejected policy changes Republicans were demanding as their price for approving any money. Tommy Ramone, 65, a co-founder of the seminal punk band the Ramones and the last surviving member of the original group, died in New York.

One year ago: At a NATO summit in Brussels, President Donald Trump declared that a gas pipeline venture had left Germany’s government “captive to Russia,” and questioned the necessity of the NATO alliance. John Schnatter, the founder of Papa John’s, resigned as chairman of the board of the pizza chain, and apologized for using a racial slur during a conference call in May. Porn star Stormy Daniels was arrested at an Ohio strip club, accused of touching and being touched by patrons in violation of state law; prosecutors dropped the charges hours later, saying the law had been improperly applied.