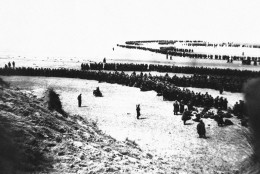 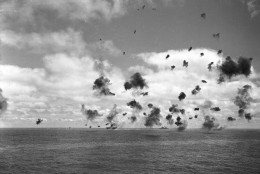 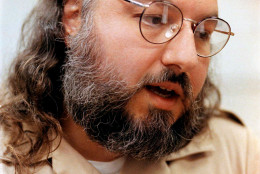 On June 4, 1942, the World War II Battle of Midway began, resulting in a decisive American victory against Japan and marking the turning point of the war in the Pacific.

In 1812, the Louisiana Territory was renamed the Missouri Territory, to avoid confusion with the recently admitted state of Louisiana. The U.S. House of Representatives approved, 79-49, a declaration of war against Britain.

In 1919, Congress approved the 19th Amendment to the U.S. Constitution, guaranteeing citizens the right to vote regardless of their gender, and sent it to the states for ratification.

In 1939, the German ocean liner MS St. Louis, carrying more than 900 Jewish refugees from Germany, was turned away from the Florida coast by U.S. officials.

In 1943, the president of Argentina, Ramon Castillo, was overthrown in a military coup.

In 1944, U-505, a German submarine, was captured by a U.S. Navy task group in the south Atlantic; it was the first such capture of an enemy vessel at sea by the U.S. Navy since the War of 1812. The U.S. Fifth Army began liberating Rome.

In 1986, Jonathan Jay Pollard, a former U.S. Navy intelligence analyst, pleaded guilty in Washington to conspiring to deliver information related to the national defense to Israel. (Pollard, sentenced to life in prison, was released on parole on Nov. 20, 2015.)

In 1998, a federal judge sentenced Terry Nichols to life in prison for his role in the 1995 bombing of the Alfred P. Murrah Federal Building in Oklahoma City.

In 2000, President Bill Clinton and Russian President Putin (POO’-tihn) ended their summit by conceding differences on missile defense, agreeing to dispose of weapons-grade plutonium and pledging early warning of missile and space launches.

In 2003, Martha Stewart stepped down as head of her media empire, hours after federal prosecutors in New York charged her with obstruction of justice, conspiracy, securities fraud and lying to investigators. (Stewart was later convicted of lying about why she’d sold her shares of ImClone Systems stock in 2001, just before the stock price plunged.)

Ten years ago: Speaking at Cairo University, President Barack Obama called for a “new beginning between the United States and Muslims” and said together, they could confront violent extremism across the globe. Actor David Carradine, 72, was found dead in a Bangkok, Thailand, hotel room.

Five years ago: On the second day of a visit to Poland, President Barack Obama held up the nation as a guidepost for neighboring Ukraine as it sought to fend off a pro-Russian insurgency; later that same day, in Brussels, Obama attended a meeting of the Group of Seven major industrial nations, with the pointed exclusion of Russia from the gathering. A gunman fatally wounded three Royal Canadian Mounted Police officers and wounded two others in Moncton, New Brunswick, Canada. (Justin Bourque was convicted of the shootings and sentenced to life in prison.) Baseball player, manager and coach Don Zimmer, 83, died in Dunedin, Florida.

One year ago: President Donald Trump claimed that he had an “absolute right” to pardon himself, but that it wouldn’t be necessary because had had “done nothing wrong;” Trump also tweeted that the Justice Department’s appointment of a special counsel in the Russia probe was “totally unconstitutional.” The Supreme Court ruled in favor of a Colorado baker who wouldn’t make a wedding cake for a same-sex couple, but it was a limited decision that didn’t address the larger issue of whether a business can invoke religious objections to refuse service to gay and lesbian people. Howard Schultz announced that he was stepping down as executive chairman of Starbucks, and said public service may be in his future. Saudi Arabia issued its first driver’s licenses to women as the kingdom prepared to lift the world’s only ban on women driving.

june 4 | on this date | Today in History