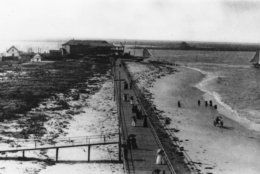 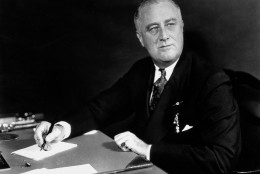 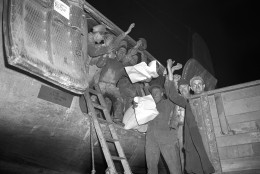 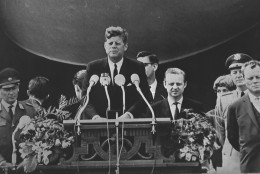 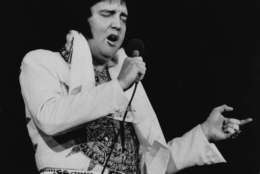 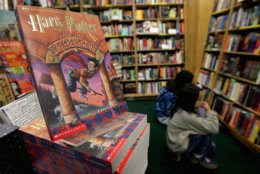 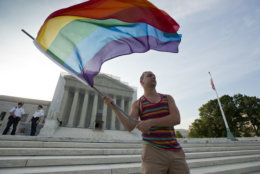 On June 26, 1963, President John F. Kennedy visited West Berlin, where he delivered his famous speech expressing solidarity with the city’s residents, declaring: “Ich bin ein Berliner” (I am a Berliner).

In 1870, the first section of Atlantic City, New Jersey’s Boardwalk was opened to the public.

In 1917, the first troops of the American Expeditionary Force deployed to France during World War I landed in St. Nazaire.

In 1936, President Franklin D. Roosevelt was nominated for a second term of office by delegates to the Democratic National Convention in Philadelphia.

In 1948, the Berlin Airlift began in earnest after the Soviet Union cut off land and water routes to the isolated western sector of Berlin.

In 1968, President Lyndon B. Johnson announced his choice of Abe Fortas to succeed the retiring Earl Warren as chief justice of the United States (however, Fortas later withdrew in the face of stiff Senate opposition).

In 1977, 42 people were killed when a fire sent toxic smoke pouring through the Maury County Jail in Columbia, Tennessee. Elvis Presley performed his last concert at Market Square Arena in Indianapolis.

In 1988, three people were killed when a new Airbus A320 jetliner carrying more than 130 people crashed into a forest during a demonstration at an air show in Mulhouse (muh-LOOZ’), France.

In 1990, President George H.W. Bush went back on his “no-new-taxes” campaign pledge, conceding that tax increases would have to be included in any deficit-reduction package worked out with congressional negotiators.

In 2008, the U.S. Supreme Court struck down a handgun ban in the District of Columbia as it affirmed, 5-4, that an individual right to gun ownership existed. Juan Alvarez, who triggered a 2005 rail disaster in Glendale, California, by parking a sport-utility vehicle on the tracks, was convicted of 11 counts of first-degree murder. (Alvarez was later sentenced to 11 consecutive life terms.)

In 2013, in deciding its first cases on the issue, the U.S. Supreme Court gave the nation’s legally married gay couples equal federal footing with all other married Americans and also cleared the way for same-sex marriages to resume in California. New England Patriots tight end Aaron Hernandez was arrested in the shooting death of Odin Lloyd. (Hernandez was convicted of first-degree murder; he killed himself in his prison cell in 2017.)

Ten years ago: Los Angeles County medical examiners performed an autopsy on the remains of pop star Michael Jackson a day after his death at age 50. The Democratic-controlled House passed a global warming measure 219-212 following intense lobbying by President Barack Obama. A federal judge in New York ordered disgraced financier Bernard Madoff stripped of all his possessions under a $171 billion forfeiture order.

Five years ago: The U.S. Supreme Court unanimously ruled that President Barack Obama had exceeded his executive authority in 2012 when he appointed members to the National Labor Relations Board without Senate confirmation. The nation’s highest court also unanimously struck down the 35-foot protest-free zone outside abortion clinics in Massachusetts, declaring it an unconstitutional restraint on the free-speech rights of protesters. Former Senate majority leader and White House chief of staff Howard Baker, 88, died at his Tennessee home.

One year ago: A sharply divided Supreme Court upheld President Donald Trump’s ban on travel from several mostly Muslim countries; dissenting Justice Sonia Sotomayor (SOHN’-ya soh-toh-my-YOR’) said the court was making a historic mistake by refusing to recognize that the ban discriminates against Muslims. Joe Crowley of New York, the fourth-ranking House Democrat, lost a primary to 28-year-old liberal activist Alexandria Ocasio-Cortez. General Electric Co. was removed from the Dow Jones industrial average, where it had been an original component in 1896; it was replaced by the Walgreens drugstore chain.