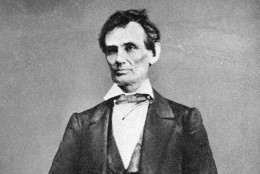 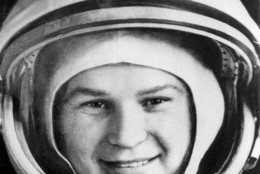 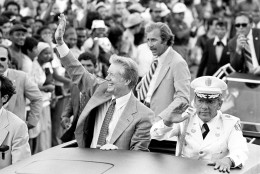 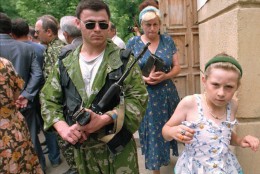 On June 16, 1858, accepting the Illinois Republican Party’s nomination for the U.S. Senate, Abraham Lincoln said the slavery issue had to be resolved, declaring, “A house divided against itself cannot stand.”

In 1567, Mary, Queen of Scots, was imprisoned in Lochleven Castle in Scotland. (She escaped almost a year later but ended up imprisoned again.)

In 1911, IBM had its beginnings as the Computing-Tabulating-Recording Co. which was incorporated in New York State.

In 1932, President Herbert Hoover and Vice President Charles Curtis were renominated at the Republican National Convention in Chicago.

In 1933, the National Industrial Recovery Act became law with President Franklin D. Roosevelt’s signature. (The Act was later struck down by the U.S. Supreme Court.) The Federal Deposit Insurance Corp. was founded as President Roosevelt signed the Banking Act of 1933.

In 1944, George Stinney, a 14-year-old black youth, was electrocuted by the state of South Carolina for the murders of two white girls, Betty June Binnicker, 11, and Mary Emma Thames, 7.

In 1963, the world’s first female space traveler, Valentina Tereshkova 26, was launched into orbit by the Soviet Union aboard Vostok 6; Tereshkova spent 71 hours in flight, circling the Earth 48 times before returning safely.

In 1978, President Jimmy Carter and Panamanian leader Omar Torrijos signed the instruments of ratification for the Panama Canal treaties during a ceremony in Panama City.

In 1996, Russian voters went to the polls in their first independent presidential election; the result was a runoff between President Boris Yeltsin (the eventual winner) and Communist challenger Gennady Zyuganov. Sportscaster Mel Allen died in Greenwich, Connecticut, at age 83.

In 2015, real estate mogul Donald Trump launched his successful campaign to become president of the United States with a speech at Trump Tower in Manhattan.

In 2017, President Donald Trump acknowledged for the first time that he was under federal investigation as part of the expanding probe into Russia’s election meddling as he lashed out at a top Justice Department official overseeing the inquiry.

Ten years ago: President Barack Obama met with South Korean President Lee Myung-bak at the White House; afterward, Obama declared North Korea a “grave threat” to the world and pledged the U.S. and its allies would aggressively enforce fresh penalties against the nuclear-armed nation. Sen. John Ensign of Nevada, a leading Republican mentioned as a potential presidential candidate, admitted he’d had an extramarital affair with a campaign staff member. Federal health regulators warned consumers to stop using Zicam Cold Remedy nasal gel and related products because they could permanently damage the sense of smell.

Five years ago: President Barack Obama notified Congress that up to 275 troops could be sent to Iraq to provide support and security for U.S. personnel and the American Embassy in Baghdad. A divided Supreme Court sided with gun control groups and the Obama administration, ruling that the federal government can strictly enforce laws that ban a “straw” purchaser from buying a gun for someone else.

One year ago: China announced 25 percent tariffs on $34 billion in U.S. imports, including soybeans and beef, in response to President Donald Trump’s tariff hike on a similar amount of Chinese goods; China also scrapped agreements to narrow its trade surplus with the United States.