Today in History: May 27 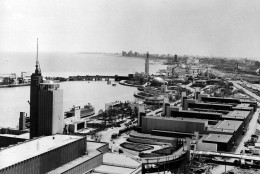 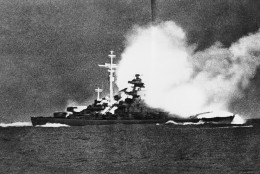 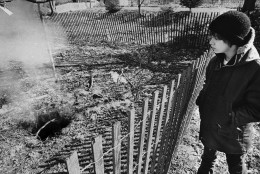 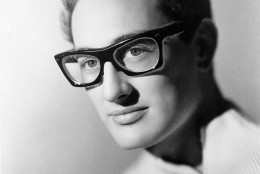 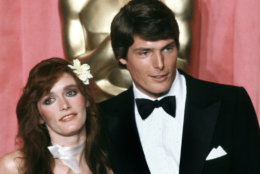 On May 27, 1941, the British Royal Navy sank the German battleship Bismarck off France with a loss of some 2,000 lives, three days after the Bismarck sank the HMS Hood with the loss of more than 1,400 lives. Amid rising world tensions, President Franklin D. Roosevelt proclaimed an “unlimited national emergency” during a radio address from the White House.

In 1199, King John of England was crowned in Westminster Abbey nearly two months after the death of his brother, Richard I (”The Lion-Hearted”).

In 1861, Chief Justice Roger Taney, sitting as a federal circuit court judge in Baltimore, ruled that President Abraham Lincoln lacked the authority to suspend the writ of habeas corpus (Lincoln disregarded the ruling).

In 1942, Doris “Dorie” Miller, a cook aboard the USS West Virginia, became the first African-American to receive the Navy Cross for displaying “extraordinary courage and disregard for his own personal safety” during Japan’s attack on Pearl Harbor.

In 1957, the single “That’ll Be the Day” by Buddy Holly’s group The Crickets was released by Brunswick Records.

In 1962, a dump fire in Centralia, Pennsylvania, ignited a blaze in underground coal deposits that continues to burn to this day.

In 1968, the U.S. Supreme Court, in United States v. O’Brien, upheld the conviction of David O’Brien for destroying his draft card outside a Boston courthouse, ruling that the act was not protected by freedom of speech.

In 1985, in Beijing, representatives of Britain and China exchanged instruments of ratification for an accord returning Hong Kong to Chinese control in 1997.

In 1993, five people were killed in a bombing at the Uffizi museum of art in Florence, Italy; some three dozen paintings were ruined or damaged.

In 1995, actor Christopher Reeve was left paralyzed when he was thrown from his horse during a jumping event in Charlottesville, Virginia.

In 1998, Michael Fortier (FOR’-tee-ur), the government’s star witness in the Oklahoma City bombing case, was sentenced to 12 years in prison after apologizing for not warning anyone about the deadly plot. (Fortier was freed in January 2006.)

Ten years ago: President Barack Obama announced more spending for renewable energy after touring a large field of solar panels at Nellis Air Force Base, near Las Vegas. Gunmen detonated a car bomb in Lahore, Pakistan, killing about 30 people and wounding at least 250.

Five years ago: Charting an end to America’s longest war, President Barack Obama announced plans for keeping nearly 10,000 U.S. troops in Afghanistan after 2014 but then withdrawing virtually all by the close of 2016 and the conclusion of his presidency. Michelle Obama struck back at House Republicans trying to weaken healthier school meal standards as she met with school nutrition officials who said the guidelines were working at their schools; the first lady called any effort to roll back the guidelines “unacceptable.”

One year ago: LeBron James reached his eighth straight NBA Finals as the Cleveland Cavaliers beat the Boston Celtics 87-79 in Game 7 of the semifinals. Danica Patrick ended her auto racing career at the track that made her famous, losing traction on a slippery surface and crashing out of the Indianapolis 500; the race was won by Will Power.